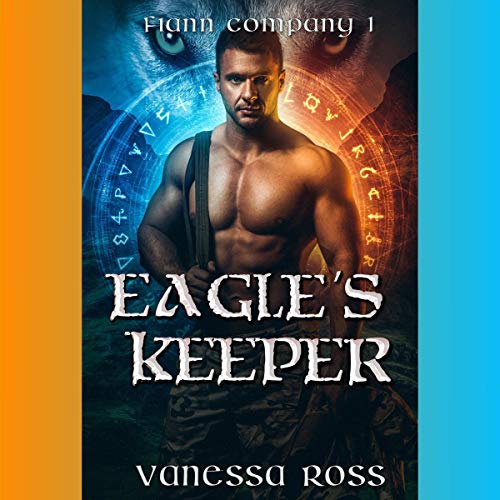 Iolair was attacked and violated by an unknown person. She is left for dead and wishes she was. After a privileged life of parties, dresses, and money. She awakes knowing life will never be the same. Being told she is the first created supernatural in hundreds of years was one thing, finding out her family has pledged their lives to enslave all supernaturals is another. When the underworld of Scotland is shown she must rise against it or become a victim again.

Kai and his twin brother Kendrix are one of thousands of supernaturals that were rounded up and put in encampments around the world. The brothers meet with other supernaturals to begin a traveling band of warriors. Their first mission is to look into the brutal beatings and murders on college females. Everything is fine until one survives and turns the supernatural world on its head.

She is broken and traumatized by dreams. He is a warrior and wants to save her. Little does he know she will save herself.

Join Vanessa Rose, as she describes a world of supernatural warriors as they discover the reason they are being enslaved and murdered. Along the way you will meet the Fiann Warriors, Celtic myths, and new supernaturals.

I thought book 1 was good, book 2 is better. If you love paranormal romance you'll enjoy this. This book gets you emotionally involved with each character in a good way. I also loved that it's a shifter romance. Narrator did a great job, her male voices was really good.

I have to say that this isn't my go to type of read.

that said I enjoyed this story line and narrator did a great job with all the different characters.
it was highly entertaing as an Audio book and even though I hated that this book ended when it did I know why the author chose to do so because now I want the next book. ugh lol.

it was a great story. had a hard time pressing pause for short intervals. I can not wait to see where this clan and story go from here!

A compelling continuation in the series!

A wonderful view from the other side of the prophecy, where the twin boys start to fulfill their destiny. Many twists and turns that keep you listening, in a few genuinely made me laugh out loud. And one brief origin of a character that we all know that made complete sense. I enjoyed this book and I'm excited to start the next one. I just wish it was longer.

Eagle’s Keeper (Fiann Company Book 1) by Vanessa Ross. Narrated by Samantha Brentmoor. I received this audiobook per my request in exchange for an honest review. This storyline includes violence, sex, and foul language and is for an age 18+ audience. That said, if you like a blend of romance with a paranormal setting I believe that you will enjoy Eagle’s Keeper. I found it a little difficult at first to get started but I think that mainly stemmed from the narration by Samantha Brentmoor. I tend to enjoy male narration more than female and that was probably part of the reason. The longer I listened the more I got into the story. At times some of the sex and foul language seemed gratuitous but the characters were well developed and overall I enjoyed the story and recommend a listen

I loved this book. It is well written and I really liked the female main character. Can’t wait to listen to the next part

Eagle’s keeper by Vanessa Ross is the first book in the Fiann Company Series that I listened to on audio narrated by Samantha Brentmoor.

Samantha did an amazing job narrating. I really enjoyed her accent and the voices she used for the multiple characters.

I read the prequel Creating Warriors first which I found very helpful to having Kai and Kendrix parents history going into this story. Vanessa definitely does not disappoint with Iolair and Kai’s love story.
I really enjoyed the multiple points of view throughout the book. I can’t wait to dive into book two of the series Royal’s Light.

I would recommend this series to anyone who likes Paranormal Romance.

I give this very captevating book 4.5 stars.

I really loved it it was funny gave me reason to cry and it gave me a lovely HEA. I really can't wait to read the next book in this series. I would very much recomend this amazing book and series to others. The more i read Vanessa's Books the more i Need to add her to my must read Author list. I really cant wait to read kai's Brothers book and hope for him to find his HEA too i hate to see him suffer so much. So if you like Supernatural tails grab These books and give them a whirl. As i listened to the audiobook i can also give athumbs up to the narators i loved the male voice very sexy;)

Narrators did a great job. Good story. Wanted a little more input about Bea and Abe. Cliffhanger at end has me excited for next book.

This was a first book for me by Vanessa Ross. I really enjoyed it. It was well written and easy to follow. Samantha did an amazing job with the narration. I would recommend this audible and author.