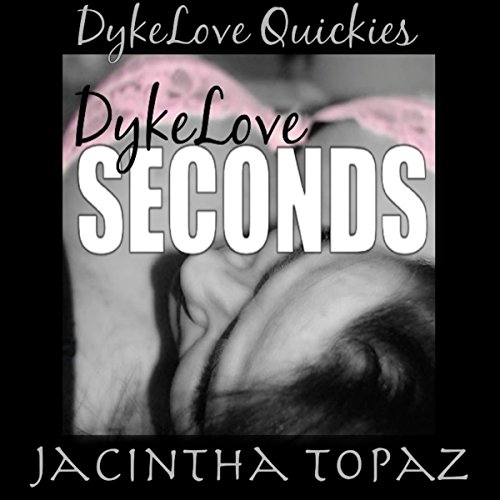 By: Jacintha Topaz
Narrated by: Carolyne Summers
Try for $0.00

Late night visit to a studio.

After finalizing an inevitable breakup and toasting her celibacy, martial arts instructor LeeAnne Song has another thing coming - revenge in the form of the hot cop sent to the scene, Erin MacManus.

The Investigation is a multicultural lesbian new-adult fetish romance.

Mercedes Samford caves in to a personal referral and seeks professional help in the love-life department. Enter psychotherapist Roxanne Evers, whose decoding talent entices her to break the unbreakable code of ethics.

The Inspection is a kinky lesbian new-adult bondage romance.

After a quick stipend to pay the rent, July Greenfield agrees to answer some very personal questions...in front of a rolling camera. This irresistible addition derails filmmaker Thalia Akasidou from completing the project as she had initially intended.

The Inquisition is a kinky lesbian new adult romance.

What listeners say about DykeLove Seconds