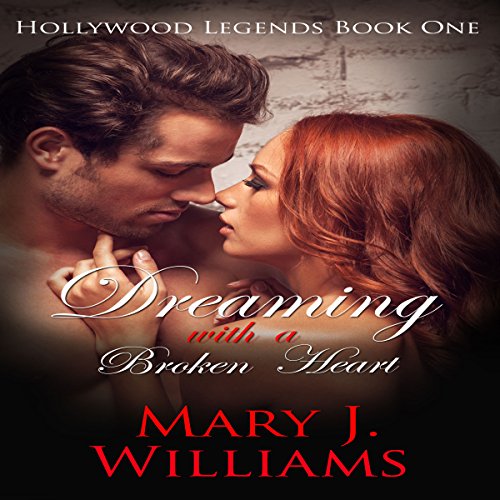 Dreaming with a Broken Heart

Hollywood is a cutthroat town.

Garrett Landis is Hollywood's golden boy. If he wants to make a movie, it gets made. If he wants a woman, he only has to snap his fingers. The moment he meets Jade Marlow he knows she's different. She's the first woman to get under his skin. The first woman he can't have.

Jade Marlow is desperate to leave behind her tragic past. Her ex-husband wants her dead. Her father is her worst enemy. Jade wants Garrett, but she refuses to drag him into her mess of a life. The attraction is undeniable.

What happens when your head tells you to stay away, but your heart won't listen?

Sex is easy. Falling in love? It's the hardest thing they will ever do. But it could turn out to be the best thing that ever happened to them.

What listeners say about Dreaming with a Broken Heart

A Good View into Hollywood

I really enjoyed this story. I loved Garrett from the beginning and feel that Jade really grew into her own person. The narration was very well done. my only real complaint was that the author felt like they had to keep explaining that certain things happened like that because it was Hollywood. I didn't feel the additional explanation was necessary. Overall, I look forward to the next in the series!

This storyline was on point and love the characters. Author is new to me and I really enjoyed this book. I can honestly recommend this.

I liked this book a lot. this was the first book I have read from this author and I really enjoyed it. I liked the story and the fact that I could get comfortable and just listen. Good chemistry.

This book was so much more than I thought it would be. This is my first experience with this author and it will not be my last. Like the finest French puff pastry there were just so many luscious layers to this incredible read. A powerful and emotional storyline quickly pulls you deep into Garrett and Jade's romance. These two made my heart so full. Garrett was such an amazing hero. The care, tenderness and patience he showed Jade were truly heart melting and completely swoon worthy. Jade broke my heart and awed me at the same time. This survivor earned her backbone of steel the hard way. The storyline is rich with deep emotions, sweetness, humor, drama, tension, suspense, heartbreak, hope, pain, angst, poignancy, scorching steam and a love that is as beautiful as it is enduring. I thought that Garrett's family was amazing. His Mom & Dad were cute, sweet and swoon worthy in their own right. Add in his intriguing cast of brothers and you will be very eager to see so much more from this terrific family. The book is done by a single female narrator. I thoroughly enjoyed listening to bring the book to life. She did an excellent job.

Dreaming with a Broken Heart by Mary J. Williams is book one in the Hollywood Legends Series that I listened to on audio narrated by Janice B. Moss.

This is the first book of Mary’s that I have read and it definitely won’t be my last. I cannot wait to look into the next books in the series. However, books two thru six are not released on audible at this time.

Janice did a great job with the narration. She used a slightly different tone for Garrett and Jade to distinguish between the characters. I did listen to the audiobook at 1.5 – 2.0 speed otherwise it seemed way to slow. I look forward to listening to more of Janice’s projects in the future.