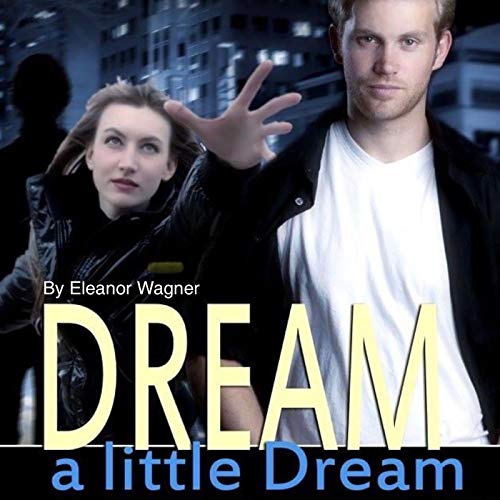 By: Eleanor Wagner
Narrated by: Sheri Stewart
Try for $0.00

Victoria Sheldon's life couldn't get any more mundane. Since marrying Adam, who's often occupied with more important matters than investing time in their marriage, Victoria got used to being lonely. She passes the time by watching movies, including those with Kyran Cornell, her imagined flame. That's until she finds herself abducted and thrust into a fantasy guided by a madman with a bizarre appetite for brutality.

Kyran Cornell, loved by all who've seen his films and long since smothering among a sea of adoring women, is beside himself with helplessness after receiving a visionary cry for help from a mysterious, fascinating woman. Working on sheer intuitiveness, he attempts to track her down in an effort to save her before time runs out.

Will the bond between them remain strong enough for them to reach each other? Or is the bond only meant to be temporary?

What listeners say about Dream a Little Dream

Wasn't disappointed. This really was a fantastic book, and now look forward to more from the author.

This is a very good read but I would not advise it for the squeamish. Victoria is kidnapped by a man with 2 personalities, one is bad and one is even worse. The story is well paced and the characters are well developed. It is real edge of the seat stuff! The narration is excellent as it has been in all of Eleanors books that I have had the priviledge to listen to. Highly recommended for anyone who enjoys a good horror story.
I was given this book by the author and have left this honest and voluntary review.

I will be honest I was expecting something a lot sillier and light-hearted from the blurb for this book. Our heroine dreams of a movie star and being part of his life? Twist, he also dreams of her and being a part of her life? Oh but she's married and he has no idea who she is, then they meet in a dream and he does everything in his power to find her?! It just sounds bizarre and whimsical.

However what you get with this novel is a mix of something so different I don't think I've ever read anything like it; yes there is the light-hearted day dreaming at the start but it doesn't take the narrative long to shift gears into something much, much darker. When she is kidnapped we have no clue as to the true horrors her assailant has already committed but he quickly tells us what he plans to do and it is beyond disturbing, especially as his motive and actions play out later in the book.

I did enjoy this book, for the most part, I liked the way the narrative shifted perspective through all the character, each having a clear and distinct voice; which was incredibly well done by the narrator who brings each character to life while keeping the narrative flowing steadily.

I think my only issue with the book is that it feels a little unfinished in places, almost as though it couldn't quite decide what sort of story it wanted to be, and some characters seem like they had more to give to the story, or had bigger impacts on the narrative that were simply not explored. The book shifts between being a romance, or supernatural or harsh crime novel, it feels uncertain in what tone it wants to take, which genre it wants to be thought of; it is a strange mix of many and while I say I take issue with it, it certainly wasn't enough to stop me enjoying the story, it just felt like sometimes there were more places to go with it.


"I was given this free review copy audiobook at my request and have voluntarily left this review."