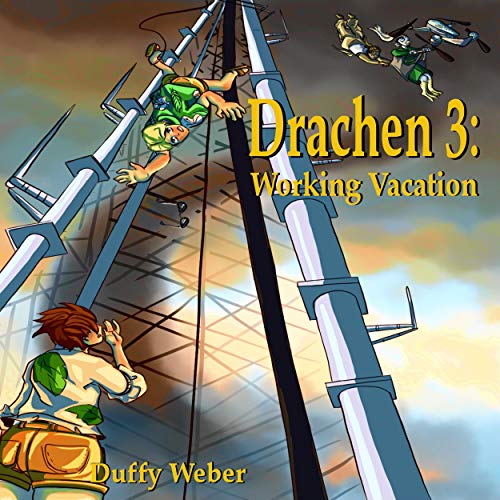 Alex is bored. He's tired of being a sales rep for a communications company and getting sent off regularly to the middle of nowhere.

Luckily, he sees a golden opportunity: the chance to swap with Daavi, one of the company's contractors, and skipping off to a tropical island, instead, to help Daavi's business partner Fran implement a new accounting system.

Alex jumps at the chance for a sunny, low-key adventure and trades places with him, dragging his junior colleague Vivica along for the ride.

But Alex has forgotten that "adventure" and "vacation" aren't the same thing. He finds that island life has its pitfalls.

Daavi isn't off the hook, either. He's to travel out to a job site suspended over a ravine in a nature preserve. Aside from being mildly terrified of heights, Daavi has brought along his best friend Darryl, and their expectant wives Millie and Stella, which might not have been the best idea with a vengeful, disgruntled ex-employee from Alex's company skulking around with a personal axe to grind.

To top it all off, Millie's baby is almost due, and expecting Drachen mothers can be, as Daavi puts it "adorably unpredictable."

This could all end without incident. But it's unlikely.

Another great book by Duffy Weber! I absolutely LOVE this series, and Duffy Weber's narration is amazing as always!