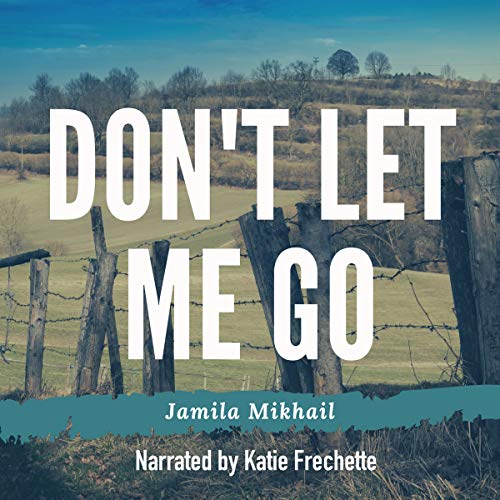 By: Jamila Mikhail
Narrated by: Katie Frechette
Try for $0.00

On top of battling the normal teenage angst that everyone goes through, Joanie is also reeling from her parents' bitter divorce and having to cope with her mother's new boyfriend and father's new family. Alone in a new town and without friends, she turns to passing the time by indulging in her longtime hobby of making toy models of soldiers and is both amazed and shocked when one of them comes to life.

Despite her millions of unanswered questions and having to make sense of new mysteries every day, Joanie comes to find a loyal and trustworthy companion in Adler, a lieutenant in the Wehrmacht and a member of the German Resistance during World War II who must also find a way to handle living in modern times on top of being invisible to most of the population. The two of them will have to fight several battles on many fronts in both the physical world and unseen realms as they both try to comprehend Adler's new existence and piece Joanie's broken life back together.

What listeners say about Don't Let Me Go

Some fictional stories take place in a world very different from our own: think of The Lord of the Rings or Star Wars. But my favorite kind of fictional stories are ones that take place in our world, where everything is exactly as we know it... EXCEPT FOR ONE BIG THING, and it's that one difference that causes the drama. "Don't Let Me Go" is exactly that kind of story. The settings are a real world city, house, and high school we could easily live near. The protagonist is the kind of young teen girl we could easily sit next to on the bus, and barely take notice of. Her family problems are as real as they are raw... and then the author brings in the ONE BIG FANTASTIC ELEMENT to give the heroine some very unique ways to deal with her troubles. I won't reveal too much of the plot and spoil it, but I'll say I found the story entertaining and uplifting. It's easy to root for the main character Joanie, it's good to watch her grow through the story, and the characterization of Adler is perfect in his near-perfection. An enjoyable tale!

This is not my first introduction to Jamila Mikhail, and certainly won't be my last. She's a lovely person, and an amazing writer :)

Very personable and inspiring story about a young lady (well, teenager) who has to start all over after moving to a new city when her parents divorced. Very real emotions and setting - it's a very stressful situation, after all. We've all had problems like these - well, most of us :)

In times of great stress, our minds work in mysterious ways.

Joanie finds a very interesting and unique way to cope with the stresses she's under - one of the toy soldiers she's made is ALIVE! She finds solace with Adler, a lieutenant in the "Wehrmacht" (had to look it up LOL! - the unified armed forces of Nazi Germany from 1935 to 1946) and a member of the German Resistance during World War II. No one but Joanie can see Adler, and they strike up quite an intriguing relationship.

GREAT STORY, beautifully written and narrated, I love Jamila's work! Definitely recommended :)
Please take a moment to click the "YES" ("Helpful") button below if you found this review helpful :) Thank you!

This is my second audiobook by this author and I enjoyed this one just as much as the first one! The story was fun and uplifting, even for an old guy like me. The performance wasn't the greatest of the greatest but this is still a five star book.

Narration could have been better

Great writing! I loved that Adler was there for Joanie and helped her get through all the difficult experiences she was going through. The story flows pretty well.

At times, Joanie seemed much older than 13-14. How Adler came into existence isn't as clear as one would hope.

My biggest complaint is the narration/audio editing. The narrator repeats lines often as she is reading, this should have been edited out. You can hear a sound a few times that sounds like she is setting the book down. She isn't consistent in her speed or the amount of emotion she is including. There are periods where she is relatively monotonous as far as emotion and then there are periods where she sounds very emotional and dramatic. There is potential here, just needs practice and better editing.

I received a review copy and have voluntarily left this unbiased and honest review.

Katie Frechette does a good enough job narrating, but the editing could be a lot better. I gave it a 2 star instead of 3 because of that. The volume changes quite a bit and it's easy to tell certain sections were spliced in. Also in certain places the narrator fixes (aka rereads) what she just said. That should be edited out.

Besides that, I enjoyed the story. I felt sorry for Joanie and the situation she was in. I'm glad she was able to find a friend with Adler.

Unique but not for me. Dragged.

I’m not sure what to really say about this book which is why I’ve delayed reviewing it for so long. It was an intriguing concept but moved very slowly for the most part. The story is about a girl, Joanie, dealing with a lot of family drama along with depression and anxiety, who deals with it by making model soldiers. She makes one of the models into a German resistance soldier and after her stepfather destroys it the model comes back, basically to life, as a “keeper” named Adler. A keeper is as I understand it, kind of like a guardian angel who lives in between worlds and is assigned to watch over a particular person who needs them. Joanie leans on Adler to help her get through her everyday stresses and at times he can even intervene in the real world. She confronts a lot of things she wouldn’t have before Adler appeared. He is a helpful coping mechanism for Joanie for the most part but there are times when it also causes problems because it’s basically like she has an imaginary friend who is real and interfering but no one believes her. Because Joanie created Adler’s character/model she basically created him as a person, even though he was from another dimension and she chose this father figure of a man. This was pretty interesting and looking back makes a lot of sense though when I first was listening to the book Adler’s age struck me as weird. In the end, Joanie does learn that she has to try to deal with her anxiety and stress in more direct and realistic ways.
This was definitely a unique story. I have never read anything like it. Also, I listened to it on audiobook and I did have some issues with that. There were points were it would skip or a phrase would just repeat itself for no reason. I restarted the app but that didn’t help. I also thought it may have been the download but I deleted it and re-downloaded the book and it was the same. It wouldn’t have been a big deal except it happened multiple times. It felt like deja vu and was distracting. The other thing I’m not quite sure if I liked or not was the narrator. She did a good job in general (spoke clearly, portrayed the characters’ emotions) but she sounded like a child. Not an early teen or even a twelve year old but a child like 8-9. She had almost a babyish voice. Maybe she was chosen on purpose because of all Joanie was going through and how she was a bit immature for her age but it was very pronounced.
Overall this book was a unique concept. The idea of it was interesting but the story dragged and it could have been executed better. I definitely prefer the author’s poetry over her fiction. 2.5 out of 5 stars.

I would like to thank the author/narrator/publisher for generously providing me with a copy of this audiobook in exchange for an unbiased and honest review. All thoughts and opinions are my own.

I'm an adult but I love YA and fantasy and this one was no exception. As someone else wrote, the best fantasy happens in this world and that's wat you get out this story. The audio quality was not the best (but also not the worst) but didn't take away from the story. Highly recommended!

This is my first audiobook and probably the most unusual story I've ever heard. I can't really give a full review without spoiling parts of it but in short it kept me always wanting more and I was very surprised with the ending. I loved the mysterious and historical sections of the book as those are two of my favourite subjects. I hope that one day the author writes a sequel to this story.