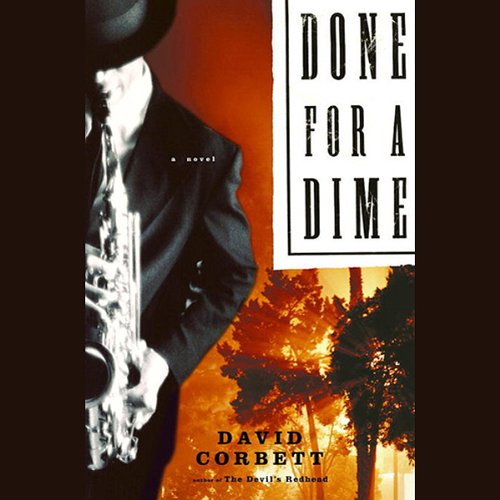 Done for a Dime

By: David Corbett
Narrated by: Jay Snyder
Try for $0.00

Raymond Strong Carlisle made his mark as an ace sideman to the biggest names in R&B. Now he lies in the mud outside his home, shot dead from behind. He's the first official casualty in a dirty war for control of Rio Mirada: a low-rent city in transition at the northernmost point of the San Francisco Bay, beset by drug dealers, arsonists, squatters, and restless developers. And now a murderer.

In Rio Mirada, the truth is in short supply. What's plentiful are people with all the reasons in the world to make sure the murder of Strong Carlisle remains unsolved. And the harder Detective Dennis Murchison pushes for answers, the clearer it becomes that this single, brutal homicide is just the tip of an iceberg in a town where small-time crime and big-time corruption are about to collide with explosive consequences.

"Corbett has a sharp ear for street dialogue and an even sharper understanding of human emotion and pain. For a book that's all about dissatisfaction, Done for a Dime is decidedly satisfying." (Amazon.com review)

What listeners say about Done for a Dime