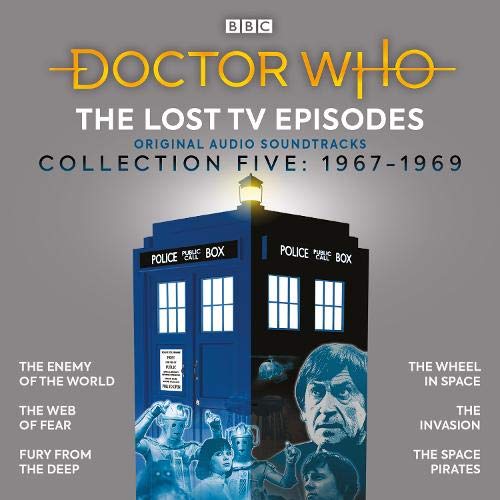 These thrilling recordings of TV episodes, largely absent from the BBC archives, have been remastered with additional linking narration by original cast members.

In The Enemy of the World, recently returned to the film archives, the time travellers meet the Doctor's murderous double.

In The Web of Fear the Doctor and friends find the London Underground tunnels overrun by Yeti!

In Fury from the Deep something nasty is lurking in the gas pipelines of the North Sea.

In The Wheel in Space the Doctor and Jamie confront some old adversaries in the far future.

In The Invasion the Doctor battles to prevent the Cybermen from invading present day Earth.

In The Space Pirates the TARDIS crew encounter the Interstellar Space Corps and a gang of murderous bandits.

What listeners say about Doctor Who: The Lost TV Episodes Collection Five