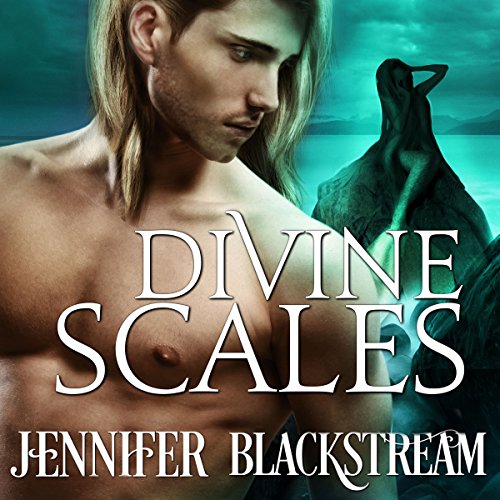 By: Jennifer Blackstream
Narrated by: Matt Addis
Try for $0.00

A brutal warrior with wings

Patricio, angelic prince of Meropis, is a ruthless executioner. Armed with an enchanted sword, he slays the criminals of his kingdom, tattooing their crimes on their flesh and drinking the darkness from their souls. With blood on his hands and ice in his heart, he should strike terror in the hearts of those who witness him performing his terrible rites - but he doesn't. The sister of one of his victims cursed him, assuring that the family of every sinner would sing his praises, heap love and affection on him as they thanked him for killing their kin. When the sadistic curse sours the first hint of romance Patricio has had in years, he leaves behind the sensual mermaid and resigns himself to a lonely fate...only to be shocked when she bargains for the legs to follow him.

Out of her element

Marcela's world has been turned upside-down - literally. Once a proud member of her father King Triton's royal guard, she's now the victim of an angel's curse. Enchanted into false adoration bordering on obsession, she traded her tail - and her voice - for the legs she needed to pursue the object of her desire. In a cruel twist of fate, the very magic that gave her the means to pursue her passion also broke the spell that caused it. Now the rose-colored glasses are off, and Marcela's seeing red.

He's used to spell-induced affection and she'd been burned once before. Passion infuses the air between them, but how can they trust their desire when so much magic has muddied the waters?

What listeners say about Divine Scales

A Tail to Remeber

A Great twist on the avenging Angel and the mermaid who saved his soul. This story is fraught with deception, life changing choices and sacrifice for Love. I have so enjoyed the series and looking forward to more. I had the audio book along with reading. Awesome narrator.

A Fish and a Bird

A fish may love a bird but where will they live?
That quote kept playing in my mind when I was listening to this book as our &quot;little mermaid&quot; fell in love with our &quot;angel&quot;. In the end, she is no longer a mermaid, and we find out he is NOT an angel....but along the way they have to overcome a few obstacles, like a curse, a crazy fiancée, and Particio's personal issues.

Although I LOVE this series, this is my least favorite...it is still good and I still say download and listen....now on to book 5!

This particular release of an Audible Book Does NOT have the "This is Audible" introduction telling what book the listener is about to enjoy, nor does it have the Prolog. This oversight on the part of Audible's Editors is, in my opinion, grave.

Lack of the introduction may be overlooked....but the omission of the Prolog can not be. Not having the Prolog denies the listener to a VERY large, and often KEY part of this particular series.

This release jumps the listener directly into Chapter 1!!! :( :(

Mermaids, Angels and a Fairytale Retelling.

I loved this story.

I am already a fan of Ms Blackstream's writing style and love how she creates new and exciting stories from well loved tales; this time it was the classic Hans Christian Anderson's The Little Mermaid.

I downloaded the narration of this book too. Once again, Matt Addis' performance was amazing. The pace of reading transported me to the scenes and his tonal characters' variations brought them to life. He is a talented voice actor and I would happily buy books narrated by him in the future.

Due to the adult nature of some of the violent and sexual scenes within this book, I would recommend it to adults who are not offended by content of this type who enjoy reading romance stories about soul saving love.