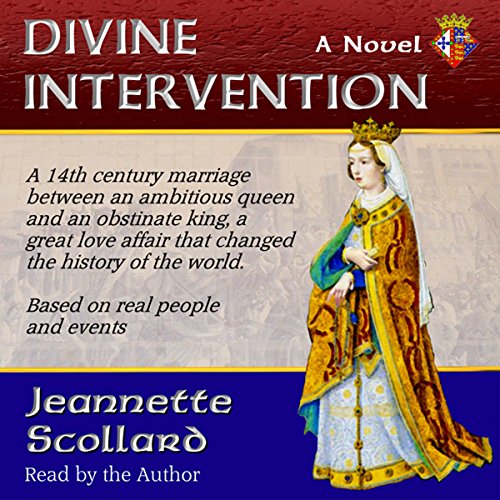 This story chronicles how a problematic marriage between a desperate bride and an obstinate king slowly transformed into a great love affair, the remarkable legacy of which was the launch of the Age of Discovery.

Philippa of Lancaster, older sister of Britain's King Henry IV, hungered for her own power and influence when she married King Joao of Portugal, a stubborn former priest. Although assisted by Philippa's father in salvaging Portugal's future as an independent country, Joao refused to share the same castle as his bride. Then, to their great mutual surprise, Philippa and Joao discovered they were a match made in heaven. Their awkward marriage of convenience blossomed into a wonderful love affair. They raised a stellar family and launched Portugal's ascent into its Golden Age.

What listeners say about Divine Intervention

A great read, I enjoyed tremendously. Made NYC traffic on the BQE almost tolerable. Wonderful story and great setting.

Lively, clever, and articulate chronicle of Portugal's most exciting history. An arranged marriage that grows into a charming love story.

Historical Novel at its Best

Kept me awake on my morning drive to work. I loved Philippa. The story made me reluctant to leave my car. A great listen!

This is the story of a fascinating woman. The narration is especially effective being given by the author. The tale is captivating. History or not, it's a great listen.