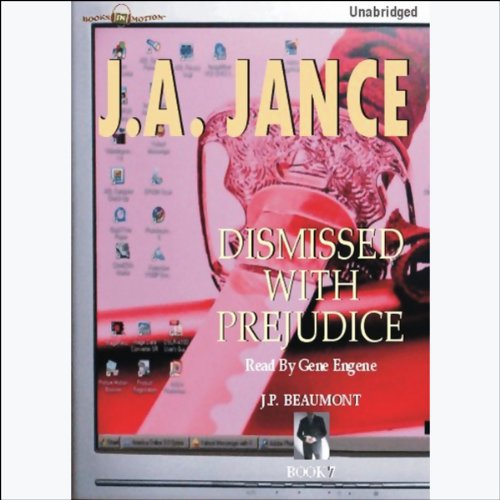 J. P. Beaumont's trip to Arizona turns into a nightmare when he is framed for the murder of a sleazy, teen-aged drug dealer.

When too many bodies start showing up around a skeletal skyscraper structure, the iron workers' union comes under suspicion. And J. P. Beaumont must solve the case.

The bloody corpses in the broom closet of a Seattle School District building looked like a classic crime of passion, but 20-year-old clues point J. P. Beaumont to something much more sinister.

J. P. Beaumont has a dead dentist on his hands. His suspects include a sexually abused dental assistant, a brutalized wife, and her ex-con lover.

J. P. Beaumont must find the killers of an entire family before they get to his five-year-old eyewitness, who was hiding in a closet at the murder scene.

J. P. Beaumont's trip to Arizona turns into a nightmare when he is framed for the murder of a sleazy, teen-aged drug dealer.

When too many bodies start showing up around a skeletal skyscraper structure, the iron workers' union comes under suspicion. And J. P. Beaumont must solve the case.

The bloody corpses in the broom closet of a Seattle School District building looked like a classic crime of passion, but 20-year-old clues point J. P. Beaumont to something much more sinister.

J. P. Beaumont has a dead dentist on his hands. His suspects include a sexually abused dental assistant, a brutalized wife, and her ex-con lover.

J. P. Beaumont must find the killers of an entire family before they get to his five-year-old eyewitness, who was hiding in a closet at the murder scene. 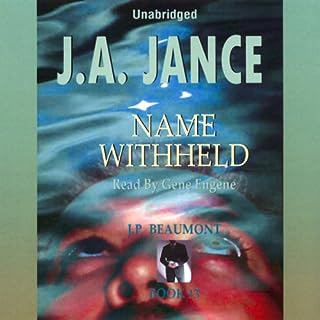 This case draws J. P. Beaumont into the cutting edge of biotechnology, where business as usual means ruthless betrayal of personal and trade secrets. 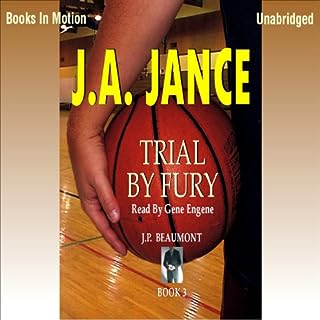 The body lies amid the garbage behind a Seattle grocery store. He was a high-school basketball coach - and J. P. Beaumont discovers he was lynched. 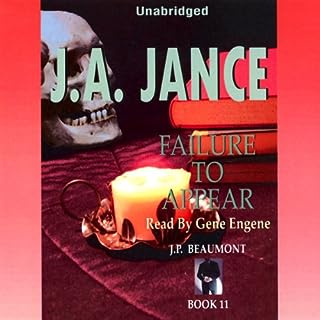 J. P. Beaumont's teenaged daughter has run off. Her tracks lead to the Oregon Shakespeare Festival and a case of murder. 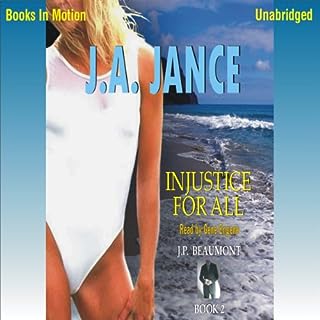 The blonde on the beach was screaming. A dead man lay at her feet. But the murder is only the first ingredient J. P. Beaumont discovers in a deadly mixture of politics and passion. 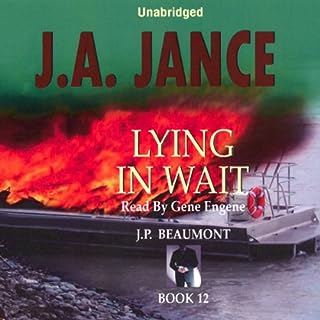 A shadow from J. P. Beaumont's past shows up after 30 years, an ex-girlfriend whose husband has been brutally murdered. 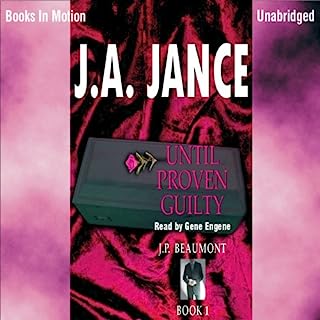 Lurking in the dark corners of J. P. Beaumont's bizarre case was not just a demented mind obsessed with murder, but secrets so deadly that even a street-tough cop could die guessing. 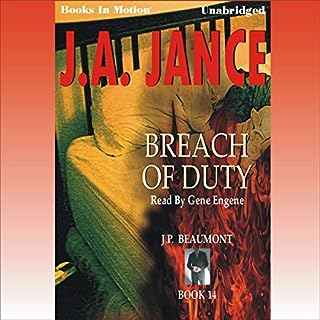 Who is J. P. Beaumont? A very human Seattle police detective who is hardened but hopeful, dispirited but diligent - the kind of cop who has experienced personal tragedy but still remains faithful to his duty. When J.P. Beaumont and his new partner, Sue Danielson, are assigned the murder of an elderly woman torched to death in her bed, Beaumont finds himself distracted by Sue's difficulties at home. 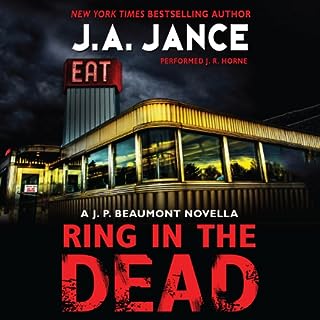 J. P. Beaumont may be an old homicide hand now, but back when he was a rookie working with his first partner, Milton Gurkey—a.k.a. Pickles—things took a turn for the worse.

Ring In the Dead 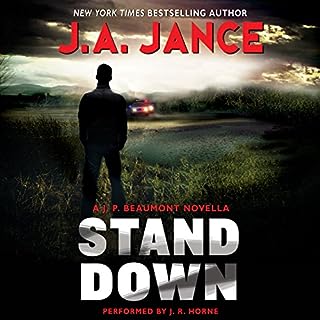 Life has shifted for J. P. Beaumont. After a tragic accident that devastated - and ultimately disbanded - his Special Homicide Investigation Team, he accepts that he has left homicide detection behind at this point, but he has a lot of unanticipated free time on his hands. He's keeping busy with renovations on the new house that he and his wife, Mel Soames, the newly appointed chief of police in Bellingham, Washington, have bought. 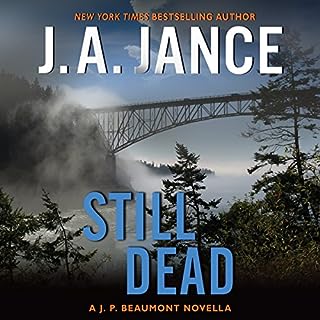 Since the disbanding of the Special Homicide Investigation Team, JP Beaumont's biggest concern is pondering whether he and his wife, Mel, should finally get a dog. But one voicemail from his old friend Ralph Ames is about to change that. Through Ralph, Beau has become involved in an organization called The Last Chance, which enlists a number of retired homicide investigators to tackle long unsolved cold cases. The one that has just landed on Beau's plate is a 30-year-old missing person case. 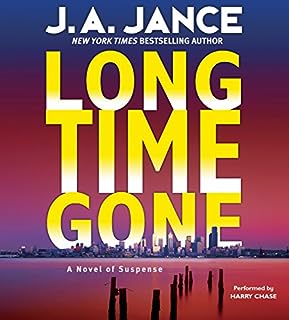 After more than 20 years of distinguished service with the Seattle Police Department, Jonas Piedmont Beaumont is now working for the Washington State Attorney's Special Homicide Investigation Team or, as it's more commonly referred, the SHIT squad. But the more things change, the more they stay the same. 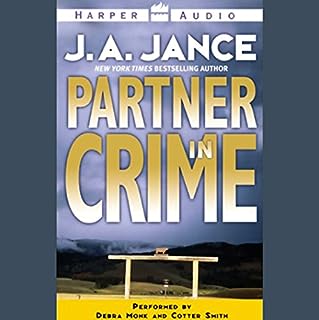 What listeners say about Dismissed with Prejudice

I am addicted to the JP Beaumont series. I am taking them in order, and enjoying everyone. I love the continuity that each book follows on from past stories.
Gene Engene does a great job. His narration gives word pictures of each character. If I was an artist, I could draw each one based on his characterizations.
Thanks for allowing me miles of enjoyment on my otherwise stressful and boring drives to work.

Took time to 'get into' story

All of the J.P. Beaumont stories are enjoyable, but this one didn't grab me from the start, like the others did. I didn't want to miss it in the series, so 'hung in there'. I'm glad I did.

Would you consider the audio edition of Dismissed with Prejudice to be better than the print version?

What was one of the most memorable moments of Dismissed with Prejudice?

Have you listened to any of Gene Engene’s other performances before? How does this one compare?

Gene Eugene is perfect as the narrator - he is JP to me!

It was pretty clear that Jance was using this book as a transition on the main character's life - as an alcoholic poice detective that has to confront the nature of his addiction. However, the actual mystery plot line was pretty thin, and without giving anything away, Jance never really explained the eventual murderer's motiviation. Too much was

Would you be willing to try another book from J. A. Jance? Why or why not?

While this was not Jance's best, the series in general has been a compelling mystery series, and I will continue to follow the career of J.P. Beaumont.

One consistent hallmark about the series has been the performance of Gene Engene. He has perfectly captured the persona of J.P. Beaumont. As so much of Jance's writing is personal narrative by Beaumont, the voice that reads this takes on greater importance. At times, Engene's performance is reminiscent of 30's radio mysteries - and that's a good thing.

Was Dismissed with Prejudice worth the listening time?

If this was the first Jance book you listened to, you might dismiss it as a lightweight mystery that failed in the critical plot development. However, if you start the series from the beginning, it's a still a good listen.

Loved it! all the pieces in spanning numerous areas and states came together, great read

Always a good story and always a good narrator. Nice pace to story. Just lay back and listen.

Another terrific story in a very good series! Plan to listen to every audiobook in the series.

Good but narration is over-dramatic

The Beaumont stories are extremely good but the narration is too over the top. You’re bowing along listening to the book, then the gruff medical examiner shows up and the narrator has him growling and barking like a rabid dog, several decibels above the ambient sound level of the rest of the book. All the characterizations are overdone the same way but the sound level changes of the louder characters are almost intolerable. That could have been smoothed out in production, but wasn’t.

Another irritating feature is reading something like “she laughed”, then laughing. Either do it like a play (do the laugh, but don’t say that she laughed) or just read the damn book.

If this wasn’t a series I love from the past that I’m revisiting, the narration alone would have stopped me from continuing the series. As it is, I’ll keep on going.

like the characters and the twist of who the killer was and his end. enjoy

I have enjoyed all the JP Beaumont books and this one didn't disappoint either. the end was as usual a surprise.