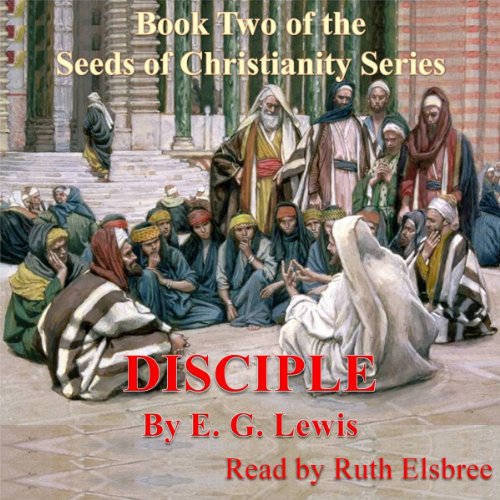 Disicple Book Two of The Seeds of Christianity series.

Rivkah and her family convert to the way of Yeshua. Temple authorities refuse to buy lambs from Yeshua's followers. Unable to survive in their home settlement, they move to Jerusalem. Increasing persecution against Believers forces them out again. Leaving Jerusalem, they head for Antioch with Simon Peter to establish the Church there.

Experience life in the early Church through this well-researched and historically accurate novel as the first Christians struggle to live out the teachings of Yeshua in an often hostile environment. Sit beside the twelve apostles as they partition the world and begin their mission of preaching and teaching. Encounter Saul of Tarsus, the scourge of the early Church and Stephen, the first to die for his faith.

Stand beside Channah as she watches a mob stone the man she loves. Meet Pavlos of Antioch, the mute giant whose actions speaklouder than words, and whose innate goodness created a ministry to the weak and helpless. Weep for Eleana, the young Parthian woman who was savagely attacked by a Roman soldier and must now decide whether to bear the child that must be his.

What listeners say about Disciple

Great story BUT consider the Narrator

What did you love best about Disciple?

The story is great, I have to give it high marks for that.... presents a sense of being in the real world in first century Palestine. Love the book. I bought the others in the series.

The woman who narrates has a high voice and her impressions of male voices is really bad. And in a story set in first century Palestine there are a lot of males! So consider that...BUT I am still glad I have the book. It was worth it because the writing is terrific.

No, it's rather long so it wouldn't be practical.