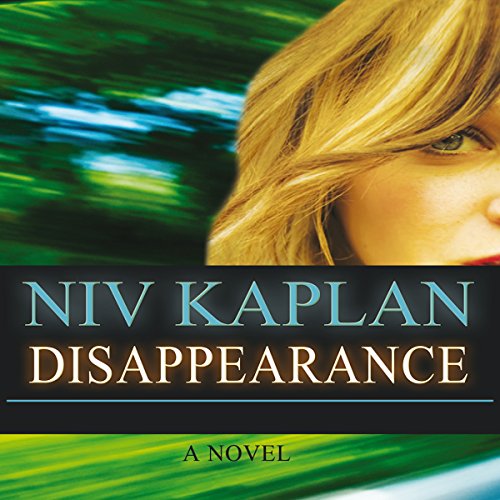 What will a young man be willing to do to find the lost love of his life?

Karen Glass, an American high school graduate, is visiting a kibbutz in Northern Israel. She meets Mikki who lives on the kibbutz, and they become passionately involved. They fall in love, but on her birthday, while they are on a tour of the Upper Galilee, she suddenly disappears from his car.

Mikki is devastated when the police official investigation is abandoned under questionable circumstances; the motive for the presumed kidnapping is unknown and Karen's fate remains a mystery.

Three years later, a special-forces unit stumbles upon a photo of Karen at the time of her kidnapping. Mikki's faith is finally renewed and he alerts Karen's sister, Lisa. Together they begin a perilous journey across three continents, searching for clues that will shed light on the mystery.

They uncover an ominous family secret that has cast a dark shadow on Karen and Lisa's family for many years, which becomes key to learning the truth.

Disappearance is a suspenseful love story. It will startle you, disconcert you, capture your heart, and keep you wondering how much can be sacrificed in the name of love.

Very entertaining, well written, engaging and complex story. Loved the depth and intrigue of the story. The story is slowly but constantly moving forward building the mystery. It pulls you in and keeps you on the edge of your seat. I didn't want to stop listening I took every chance I could get to get back to this book. Definitely worth your time if you like a really good mystery/conspiracy story.

Audible has this listed as romance/suspense. The romance takes a backseat in this book. Really, for me it was just a minor subplot. It was much more a mystery, thriller, conspiracy and espionage story. Full of constant suspense, some action and violence. The mystery/conspiracy spans from Israel to France to different areas all over the U.S.

He sounded as though he has some experience with the area around Omaha. This is really how we give some directions. Especially out in the country.

Really good well developed characters both the good and bad guys. There are so many different characters woven into this story you really have to pay attention to keep everyone straight. They each play a role they are not just there for filler.

Grey Hamilton did a good job with the narration. Nice voice. Easy to listen to for long periods of time. Clearly spoken with a smooth even pace. Good timing and delivery. Not really much difference in character voices except for a few. Overall though very enjoyable.

I did notice a difference in the audio quality occasionally in the last part of the book starting after chapter 42.

The author put together a good story line. The characters were well developed. However, the story was quite long and at times left you feeling like you'd never get to the end of the story line. The story is worth a listen, just make sure you have plenty of time to get spend listening to the story. The narrator was well paced and he was clear and easy to listen to.


This is an easy to read mystery book.

There was violence but not too much violence, a bit of suspense and a conspiracy theory

Overall, the story was interesting.

Grey Hamilton did well with the narration.

A Mystery and Espionage Thriller

Disappearance: A Mystery and Espionage Thriller is a great book with interesting characters.
The story is mainly set in Israel and the United States. The depiction of life on a kibbutz is fascinating. The tenaciousness of the "heroes" in the book is admirable and believable.
The narrator is very good. He helps set the tone and pace of the tale.
I was voluntarily provided this review copy audiobook at no charge by the author, publisher and/or narrator.

Too long 16 hrs. thus too complicated

Would you try another book from Niv Kaplan and/or Grey Hamilton?

Story so long I can't remember the beginning!

Could you see Disappearance being made into a movie or a TV series? Who should the stars be?

It had its moments.

This story well written story was a little long but it was an intricate story. I enjoyed being thrust into a different culture with this story... Believable, intense, sad, and tender. I did get lost a few times but found it easy to get back into it after a break.

The narration was performed well with a soothing, steady voice with great timing. I will look for more from this narrator, perhaps in a different genre.

"I was provided this audio book at no charge by the author, publisher, our narrator in exchange for an unbiased review via AudiobookBoom dot com".

This audiobook was provided by the author, narrator, or publisher at no cost in exchange for an unbiased review courtesy of AudiobookBoom dot com."

I just could not get into this story. Don't know why but it left me cold.

This book was given to me free at my request and I provided this voluntary review.

The story is well written with a well developed group of main characters. The writers attention to detail with respect to locations,customs and characters makes it easy for the listener in envision. The story in complex with a number of locations and sub plots that weave into the main story. It was easy to be drawn into the story and held interesting twists and turns to hold your interest. It was hard to put down and kept you guessing. Overall an enjoyable listen.


This book was given to me for free at my request and I provided this voluntary review."

I'll be honest, I didn't think I would like this story, but it's good to be wrong.... The story starts out slowly, but towards the end of part one, it really gets interesting, and the plot drew me in. I think this audio may be listed under the wrong genre (romance/suspense). There are five parts, and part one lays the plot's foundation, and develops the romance, and relationship between the characters, but I felt this was more of a espionage/conspiracy/suspense than a romance.

Some Spoilers;
Karen is visiting Israel where she meets Mikki. These young lovers form a connection quickly, and while they are out celebrating Karen's birthday, she vanishes when they stop to get gas. Mikki quickly realizes there is no trace of Karen, and he frantically searches, but hours later, when she is still not found, the police, and investigators are called in, and they start a huge effort to find her. Days later, there's still no clues, no ransom, and no trace of her at all. Her family is devastated, and fly to Israel to search as well. The investigators finally get a break when an abandoned vehicle is found. There were no finger prints, and it's been wiped clean; however, a personal item of Karen's was discovered. When an investigator tried to get access to the vehicle, he was blocked, and you start to get a sense someone is hindering the investigation, especially when there's been an accident that took the life of an investigator. The trail goes cold. Mikki, and Karen's family are again devastated when the search fizzles out due to no results. Three years later, a small piece of evidence surfaces, and comes to the attention to someone close to the original investigation, a reporter, Mikki, and Karen's sister. Not sure if they have enough evidence to hand over to the authorities, they begin their own investigation. They soon learn Karen's disappearance has a close tie to her family, and all is not what is seems. The deceit, conspiracies, and cover ups is more sinister than what anyone would have considered, but as they learn more details, the wrong group gets wind someone is meddling into the disappearance of Karen, and they will stop at nothing to ensure the truth is never revealed.

Grey did a great job on the narration. There are a lot of characters, and he made it easy to determine who was speaking at all times. However, IMO, he narrates at a slower pace which really didn't bother me, because I sped up the audio.

While the story takes a few chapters to pick up the pace, from the moment Karen disappears, the story comes to life, and moves at a steady pace. As more of the plot and events unfold, the story becomes intense. There's conspiracies, cover ups, suspense, drama, and ties to a terrorist group, and spandex several continents. The plot was original, and all the little plot twists throughout the story keeps it interesting, fresh, and hooks the listener. Niv Kaplan really delivered a complex, thought provoking well written story with an eye for details. I received this audio from the publisher for an honest review.