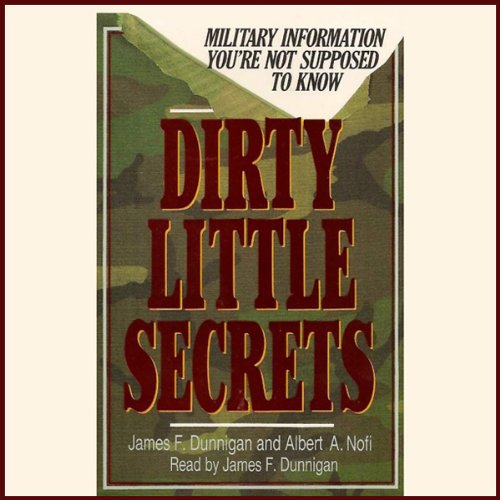 Fearlessly taking aim at the seemingly impressive façade of modern military power, Dirty Little Secrets is an unusual, entertaining and thought provoking look at the myths, mysteries and arcana unknown to the rest of us. Did you know that. Modern tanks use as much fuel standing still as they do when moving? The official Defense Department recipe for fruitcake is 18 pages long. These and hundreds of other fascinating items constitute a rich collection covering various aspects of war making around the world, from ground, air, and naval forces to the technological, logistical, and social aspects of military matter, exposing just how the military does - and does not - work.
©1996 James F. Dunnigan (P)2009 Phoenix

Dated piece on military items of the 1990's

Probably a useful piece for someone utterly uninformed of military facts. But a dated early 90's view of military items. The audio is fine, the book's facts are the weak points.

Really not to much to say about this book. I wouldn't buy it again.