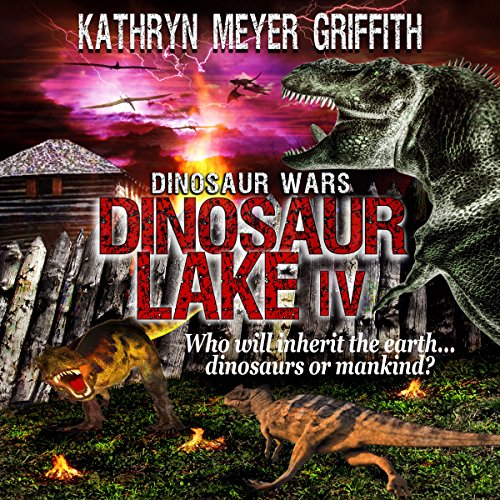 For seven long years, chief park ranger Henry Shore has been dealing with and fighting anachronistic dinosaurs in his beloved Crater Lake National Park and in the surrounding town of Klamath Falls. It began with one lone leviathan, the one he tongue-in-cheek called Godzilla. Henry and his band of heroes defeated it but others followed: the flying varieties he named gargoyles, the mutant t-rexes and roaming velociraptors that were so much smarter than their ancient ancestors. He, his rangers and the National Guard soldiers, fought all of them, but still the dinosaurs, cunningly destructive and bloodthirsty, kept coming. No one knew where they came from or what the future would now hold for a besieged humanity, they only knew the monsters were spreading like a voracious wildfire and had to be stopped before they ravaged the world. Eventually, he and his wife, Ann, their family and friends, retreated into a fortified ranger headquarters where they continued to battle the proliferating dinosaurs. Will Henry's son-in-law, Doctor Justin Maltin, a brilliant paleontologist, find a way to exterminate the creatures and save them...save the world? And, more importantly, would he be able to do it in time? Dinosaur Wars is the fourth and final book of the Dinosaur Lake series.

What listeners say about Dinosaur Wars

such an amazing exciting book with great narration. I love it. outstanding action packed book.

Another awesome book. Finally where 99% of the main characters lived and a happy ever after.

Wow!What a lot of creatures rampaging in this one!I really enjoyed it! Johnnie C. Hayes was a very good narrator.I was given this free review copy audiobook at my request and have voluntarily left this review.'

Wonderful series! I would be more than happy to recommend this series to anyone who likes dinosaurs and wonders sometimes what it might be like if some were still living and how that would affect humans and the way we function as a society! Would love it if this author wrote another series about dinosaurs especially if it's as good as this one! You even really start to identify with the very well developed characters! Awesome job!!!