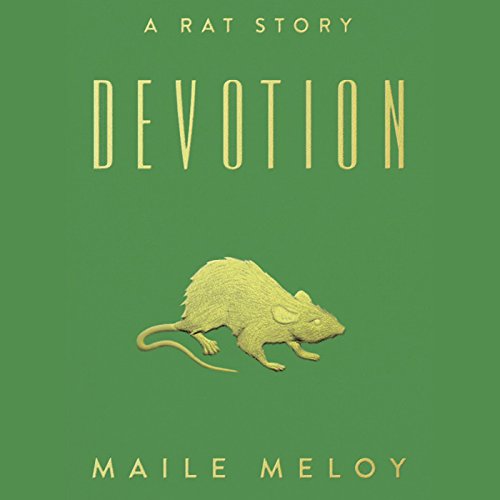 From one of the most popular and acclaimed story writers of her generation, a single-volume short story.

"That the yellow house was thrillingly affordable might have been a warning sign if Eleanor had known how to read it. But she'd been desperate. She was sharing a room with her four-year-old daughter, Hattie, in her parents' house, and she had to get out."

From the award-winning novelist and short story writer Maile Meloy, Devotion: A Rat Story is an exquisitely unsettling tale about a young single mother whose new home becomes a kind of nightmare she must resolve on her own.

Eleanor is in such a rush to move away from her parents that she allows an imperious realtor to rush her to close on the too-good-to-be-true home without an inspection. Shortly after the house becomes legally hers - with every cent and all of her pride and future tied up in the property - the giant rats show themselves. In the yard, in the kitchen, on her daughter's bed. A walk around the block reveals a decrepit neighboring house where two elderly sisters are feeding and fostering thousands of unusual "pets". What has Eleanor done? What action can she possibly take now?

In Meloy's characteristically clean, assured style, she captures the hopes and horrors of domestic life with an element of suspense that drives the listener feverishly to the end.

Would you try another book from Maile Meloy and/or Cassandra Campbell?

Well, first this has to be the dumbest book I have ever purchased. Second, I thought I was buying a full book and not a short story so when it ended in the middle of the crisis for no reason, I almost laughed. Don't bother spending money on this one. I'll give you the cliff notes. "Lots of rats with a story that doesn't end." the end

An hour of perfectly chosen words

I've underestimated the power of the short story! Maile Meloy has combined imagery with suspense to make magic out of a tale that might be right under your own nose. Cassandra Campbell is one of my favorite narrators with the perfect cadence of a storyteller for the adult in all of us grownup kids.