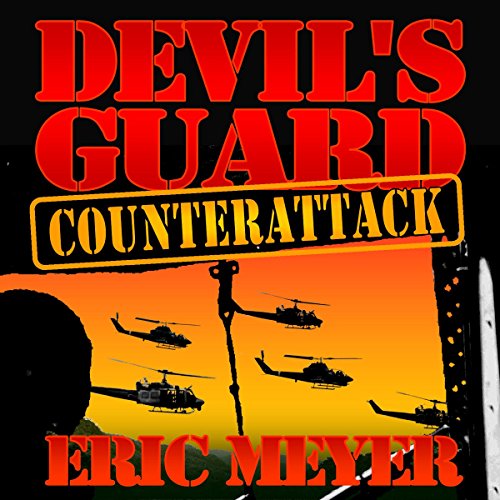 By: Eric Meyer
Narrated by: Gary Roelofs
Try for $0.00

This is the third book in Eric Meyer's series about the exploits of a group of former Waffen-SS officers who engage the enemy in the never-ending slaughter in Vietnam. It's 1968, the fighting escalates, the body count mounts, and the fighter-bombers and gunships daily prowl the skies in the relentless hunt for their elusive enemy.

Jurgen Hoffman, a former SS officer, has fought through the hell of the Eastern Front in Russia, through Indochina in the ranks of the French Foreign Legion - only to become embroiled in the arrival of the Americans. Now comfortably running a civilian airline with other former soldiers of the Waffen-SS, their hopes of finding peace are abruptly shattered.

Tet, a word that will live in infamy, sets the country on fire. It's to become the turning point of the Vietnam War as the communists launch attacks on the major cities of South Vietnam. With their airline in ruins after a mortar attack, the outlook is bleaker than ever for Hoffman.

When his wife is kidnapped by the Viet Cong, it's time to strike back. The former warriors of Hitler's brutal Das Reich and Totenkopf Divisions are forced to pick up their weapons again and take the fight to the Viet Cong. Once again, Ho Chi Minh's guerrillas are about to meet the Devil's Guard.