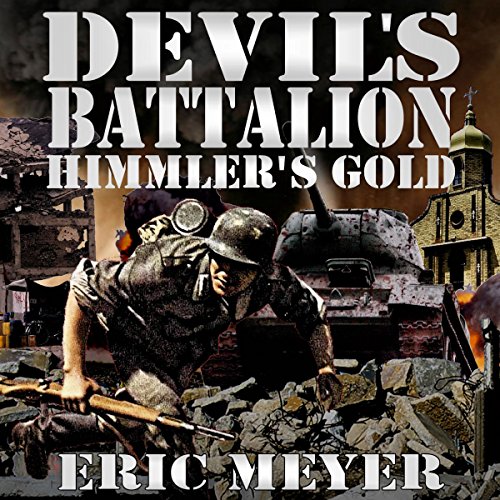 Max Roth is imprisoned by the Germans for fighting in Spain as a soldier of the International Brigade. When World War II breaks out, he is allowed out of prison, only on condition that he joins the Sonderbattalion Kurz, cutthroat, brutal, SS partisan hunters.

Sent to Russia, the slaughterhouse of the Eastern Front, Reichsfuhrer Himmler commands the Sonderbattalion Kurz to hunt down and steal an occult artefact made of pure gold. The order sends Roth's platoon behind enemy lines on a mission of grand theft and murder.

This is the first in a new and exciting series of stories that explodes the myth of the war on the Russian Front. The first in an exciting new series that mixes fact and fiction to show that while some men fought honourably and well, many others were little more than thieves and psychotic killers.

This is the reality of war at its most bloodthirsty and gruesome, a story of life, death, and theft on a grand scale.

What disappointed you about Devil's Battalion: Himmler's Gold?

The book itself is fine. However the audio version is spoilt by a reader who appears to have little or no knowledge of the German language. He speaks English while trying to sound German. It doesn't work.

The story was as expected. Not great literature but enjoyable nonetheless.

The inability to sound German when delivering lines spoken by German characters. English with a dreadfully fake German accent. It would have been much better had he just stuck to a standard reading in English. No 'acting' German.