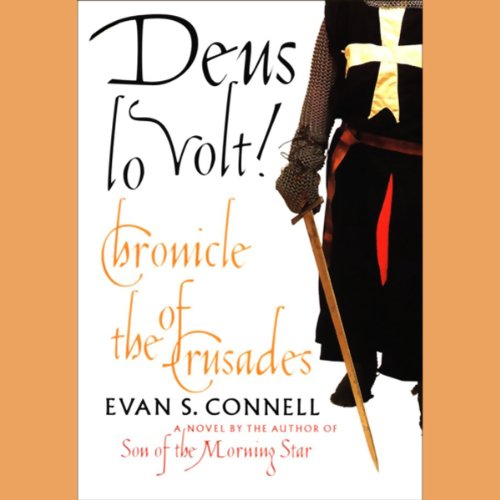 Chronicle of the Crusades
By: Evan S. Connell
Narrated by: Michael McConnohie
Length: 5 hrs and 26 mins
Categories: Fiction, Historical
3.5 out of 5 stars 3.6 (5 ratings)

Here is a magisterial work of historical imagination: a stunningly immediate, first-person account of one soldier's experience of the defining war of Christendom.

God wills it! The year is 1095. Thousands of men, including many of the leaders of the Christian world, have assembled in a meadow in France near Clermont. Pope Urban appeals for the liberation of Jerusalem and the people shout, Deus lo volt! The cry is taken up, echoes forth, is carried on. The crusades have begun.

Wave upon wave of Christian pilgrims assault the growing power of the Muslims in the Holy Land, and will do so for the next 200 years. Most able men become Soldiers of the Cross, and many of their women fight alongside them. It is a time of great adventure, of great exploration, and cultural change. Uniting Christian Europe in a common cause, the crusades defined forever the spirit of the West.

"The account is written in the style of a medieval chronicler and maintains interest throughout. A very good story indeed." ( Library Journal)