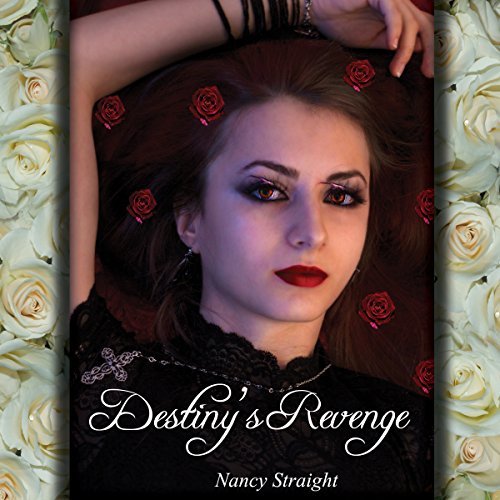 There was no reason for Lauren to be in a coma. Her physical injuries had healed, but she had been non-responsive for so long that her doctors told her family and Max to move on. She awoke to find her life in a shambles; the man she loved was gone, her friends had moved on with their lives, and her family was ripped apart by her accident.

No one knew of the evil forces watching, waiting for her in the shadows, in the lonely corners, even in the eyes of those she loved. Lauren needed to reclaim her destiny, to get her life back; the last thing she ever expected was Destiny's Revenge.

Where does Destiny's Revenge rank among all the audiobooks you’ve listened to so far?

It ranks right up at the top with the best of them!

I like 2 characters, both Lauren & Max. Lauren who faces all the crap & the fights head on. Even though she fears the beast, she would rather he take her, than take her family. Max, who is so in love with Lauren that he would trade his life to the beast in exchange they the beast leave Lauren alone. There is so much love between these two, it's just awesome!

Which character – as performed by Laurel Schroeder – was your favorite?

When Lauren realized Joe's Grandson was her lost Max & Max realized Lauren was out of her coma. It was Epic!

Wow, just wow! The imagination it took to write this story is just incredible! To be able to keep going backwards and re-writing to tell Lauren to remind Max of things, along with the good & the bad powers and beasts & serial killers! OMG! It is funny how 1 things sets off so many more things in time, like dominoes.

Even better than the first.

I loved this book! Lauren and Max's continuing story was even better than the first. Max's grandfather was one of my favorite characters in the book. I could envision him from the books and Laurel's bringing him to life made him even better!

This book is full of crazy twists and I especially enjoyed the portions that were told from Max's point of view!

If you liked the Meeting Destiny, you'll love Destiny's Revenge! I highly recommend this series and author!