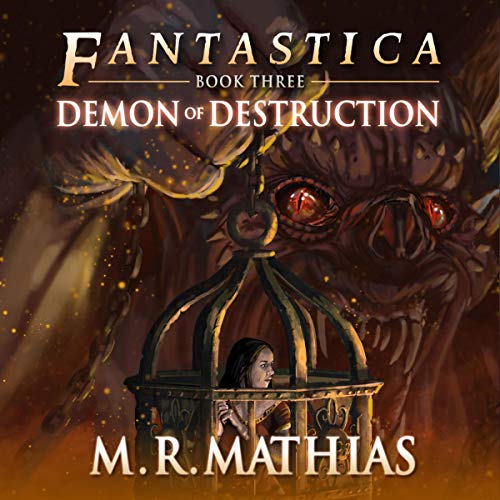 Pharark, the demon of destruction, isn't very pleased with the way Braxton Bray and his companions thwarted his plan to use the Sapphire of Souls. With the might of his troll horde tearing through the Kingdom of Narvoza on their way to take the capital city of Camberly, our heroes find themselves scattered and without any sort of plan to stop his reign of terror.

Braxton, Chureal, and a few others are left searching for a way out of the Wilderkind Forest while Nixy sneaks off to rescue the orphans she holds dear, with only timid Suclair to help her. The two women get caught in a race against time, for, Lord Ulrich and his giant Gothican warriors are bearing down on Antole and ravaging the city around the terrified children, and the necromancer Reaton-Stav still wants Nixy's head and Suclair's father's spell book bad enough to do anything necessary to get them.

A bloody war has over taken the kingdom, and now the dwarves and elves have no choice but to get involved. Will Braxton be able to find a way to use the power of the Void to stop the demon's brutal rampage? Will Nixy and Suclair get trapped in a city overtaken by Pharark's huge ruthless destroyers? Or will the twisted necromancer get them before they even get that far? Will innocent, young Chureal and the hatchling dragon she's befriended be able to survive amid such violence?

With plot twists so intense they might give you whiplash and clever heroes bold enough to face impossible odds just to have a chance at winning the day, this is one series you don't want to miss. Clear your calendar, and lock your doors. If you haven't already, the time has come for you to step into the world of Fantastica.

What listeners say about Demon of Destruction

Exciting and full of Action

I enjoy fantasy but yet the big fights not so much. This is pretty good story.

I do have one question though, why are women always called whores? Surely there are other derogatory things to call us?