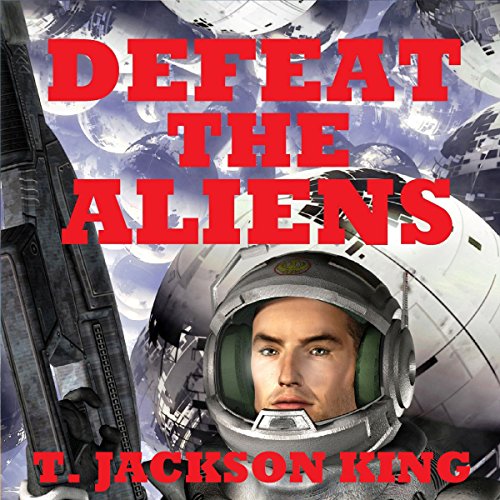 Bill the SEAL and Jane the starship captain head to distant worlds to create a NATO of the Stars that will fight against the slave-taking Aliens who attacked Earth. They get a shock when a slave ship in the new system boasts to them that a giant fleet is being gathered to attack Earth again! More shock happens when Jane and Bill take their ship Blue Sky on a covert intel mission to the enemy's star system. Thirty-five battleship-level starships have been gathered to attack Earth. The enemy commander is a hybrid of a cobra and a gorilla. Death Leader is his name and he aims to turn Earth into a radioactive cinder! Can Bill and Jane find a way to sabotage the enemy fleet? Can they build a fleet to defend their home world? Amidst battles above Jupiter, thousands die and ships explode. The fate of seven billion people is at stake!

What listeners say about Defeat the Aliens