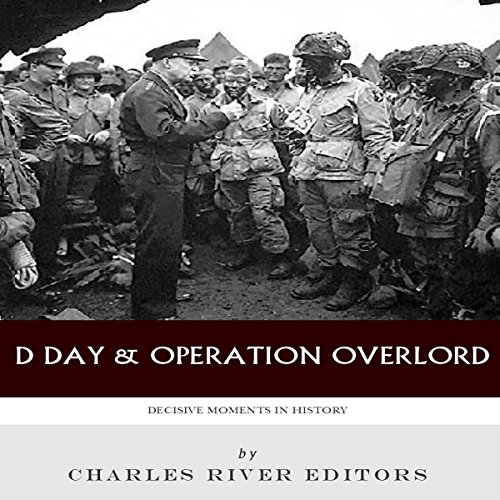 Includes a bibliography for further reading.

"The invasion of Europe was planned by a small group of driving, determined, devoted and occasionally furious men."

In the 19th century, the Scottish writer Thomas Carlyle famously wrote, "The history of the world is but the biography of great men", popularizing the "great man" theory that the course of history is shaped by a select few heroic individuals. While historians and others continue to debate the accuracy of the "great man" theory of history, there is no question that the course of history is permanently altered by decisive moments in time, where a different result would have produced drastically different outcomes.

During World War II, the free world literally hung in the balance, with the Axis and Allies engaging in warfare on an unprecedented scale. Although Hitler's Nazi Germany had overrun much of the European continent by 1940, the Allies began to reverse the momentum in 1942. By the end of 1943, with Allied forces firmly established in Italy and the Soviets on the verge of turning the tide in Russia, the British and Americans began to plot the invasion that would liberate Europe from the Nazis.

In the first half of 1944, the Americans and British commenced a massive buildup of men and resources in the United Kingdom while Allied Supreme Commander Dwight D. Eisenhower and military brass planned the details of an enormous and complex amphibious invasion of Europe. Though the Allies used misinformation to try deceiving the Germans, the most obvious place for an invasion was just across the narrow English Channel, and the Germans had built coastal fortifications throughout France to protect against just such an invasion.