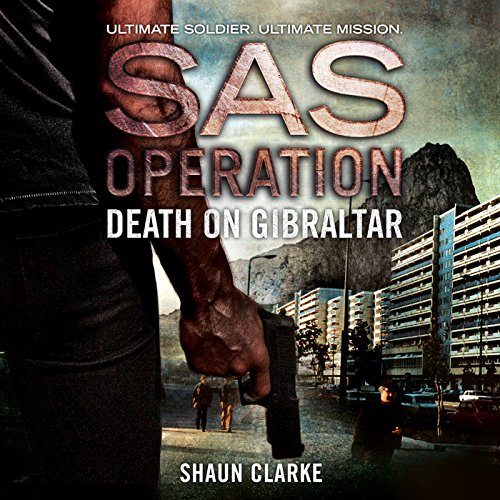 By: Shaun Clarke
Narrated by: Joseph Balderrama
Try for $0.00

Ultimate soldier. Ultimate mission. But will the SAS be able to outfox the IRA as they prepare a deadly reprisal?

May 1987: a successful SAS ambush results in the deaths of eight IRA terrorists in Loughgall. Knowing that retaliation is certain and that Gibraltar has been selected by the IRA as a 'soft' target associated with British imperialism, British intelligence goes on the alert.

Then two IRA members arrive in Southern Spain under false names, and an Irishwoman, also using a false identity, visits the changing of the guard ceremony outside the Governor of Gibraltar's residence. Intelligence believes the ceremony is likely to be attacked, and the British government sends in the SAS.

Tasked with preventing the bombing, if necessary by killing the terrorists, the SAS team will need to call into play all their expertise and tenacity in what will become a deadly game of cat and mouse.

What listeners say about Death on Gibraltar

good narration. ok story. recommended as listening while doing mindless tasks. it' not a challenging book

too stretched out for my liking

Avoid this book it's terrible and narration is worse.

Shaun Clarke's writing is particularly bad, every attempt at Belfast character starts with the word "sure" and normally finishes with "bhoyo or bejesus". He's obviously never been to the country and almost every Irish town or village is mispronounced by Joseph Balderrama who is without a doubt the worst narrator I've ever heard on audio books he tries to do an Irish accent which sometimes sounds more like a really poor attempt at Apu from the Simpsons. Mad Dan is particularly bad. But "sure to be sure it time for me to go bejusus". Save your credit. Truly a terrible book made worse by the narration.

Very interesting as I remember this from the news as a child but didn't know the whole story. However it's a pity the narrator didn't bother to learn the pronunciation of the name Mairead. It's pronounced "Mar aid" not mar -ay- add. Also nearly put off st start by the naming of the various guns and equipment that meant absolutely nothing to a lady person.