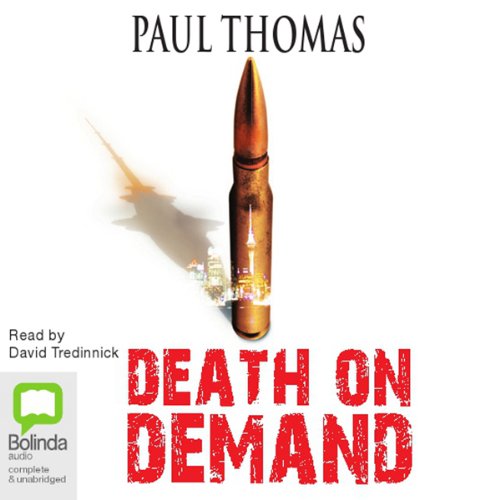 By: Paul Thomas
Narrated by: David Tredinnick
Try for $0.00

After a men's room confrontation with his new boss right-hand man, Maori cop Tito Ihaka has been sent into exile. And yet, out of the blue McGrail summons him back to Auckland. Christopher Lilywhite, the businesswoman s terminally ill husband whom Ihaka suspected was behind his wife's death, wants to see him. Lilywhite confesses that he had his wife murdered, but he dealt with the hit-man at arm's length so has no idea who he is. In quick succession Lilywhite and another potential source of information are murdered.

Ihaka's old rival Detective Inspector Tony Charlton takes control of the case but with more corpses turning up and Auckland Central stretched to breaking point, he agrees to let Ihaka investigate the apparently unrelated murder of a young man about town. As the investigations expand, uncovering a blackmail operation preying on married women, gang activities controlled from inside Paremeremo prison and possible police corruption, Ihaka realises that the cases are related and he's hunting a faceless and prolific hit-man. Or is the hit-man hunting him?

What listeners say about Death on Demand

Enjoyable read, Tito Ihaka has always been one of my favoured characters in fiction and for those who've encountered him before, this book won't disappoint. nothing startling and nothing deep but plenty to make most smile.

Narration is very good, the odd lapse with pronunciation but one must make allowance for Australians, The voice used for Tito Ihaka is perfection for that character.

What made the experience of listening to Death on Demand the most enjoyable?

keeps you thinking on who and why

What does David Tredinnick bring to the story that you wouldn’t experience if you just read the book?

yes great at bringing it to life

so many kiwis so few time

I try to read all the bad reviews before making my mind on a purchase, but there weren't any for this book. I'm a bit of a fan of a good detective story, so naturally it appealed to me anyway.
Turns out to be a cracker! Tito Ihaka is a blunt, but to the point, no BS kind of detective. David tredinnick does his voice absolutely perfect!!! apart from the occasional lapse of the new zealand accent. In my opinion, 5 out of 5 in all aspects.
It'd be good to see all of the tito ihaka book series on audio too!