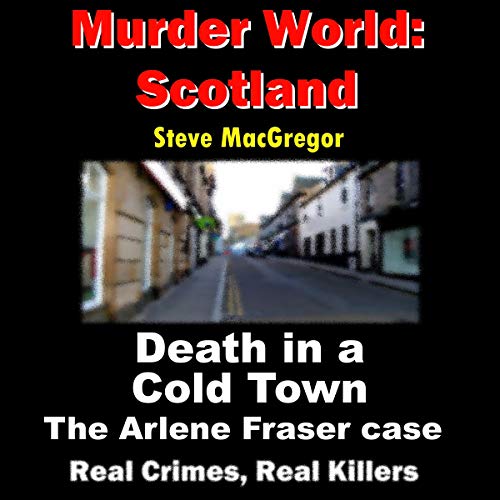 Death in a Cold Town

Death in a Cold Town

There is a common misconception that if a body can’t be found, then no one can be brought to trial for murder. That isn’t true, as one Scottish man discovered. Twice!

Arlene Fraser was an attractive, vivacious mother of two young children who lived in the peaceful town of Elgin in the Northeast of Scotland. On the morning of April 28, 1998, she was seen waving to her children as they left for school. One hour later, she called the school to check about a trip. It was a very ordinary day in an ordinary Scottish town. Yet that was the last time anyone saw or heard from Arlene Fraser.

Police found no signs of a struggle or foul play in the house, and Arlene’s spectacles, contact lenses, medication, keys, and passport were all still where she had left them. A vacuum cleaner was found in her daughter’s bedroom, plugged in but switched off, as if Arlene had been interrupted during housework and had stepped outside for a moment. However, despite one of the biggest police operations ever mounted in Scotland and a massive search involving the RAF, police dogs, and members of the public, no trace of Arlene or her body were ever found.

Despite having a cast-iron alibi for the relevant time, Nat Fraser, Arlene’s husband, was eventually charged with her murder. However, many people felt his trial was unfair, with the police accused of withholding vital evidence and questions being raised about the motivations and honesty of one of the main witnesses for the prosecution. Nat Fraser appealed, his sentence was eventually quashed, and he was freed. Then, he was tried again using essentially the same evidence and the same witnesses. The original verdict was repeated. He appealed, again....

This case raises a number of questions that still remain the subject of heated debate in Scotland. What happened to Arlene Fraser in April 1998? Did her husband really arrange for her abduction and murder? Were any of the trials and appeals fair? Were the verdicts correct? Who was the murderer?

Find out the answers to all these questions in this detailed and unbiased look at this extraordinary case.