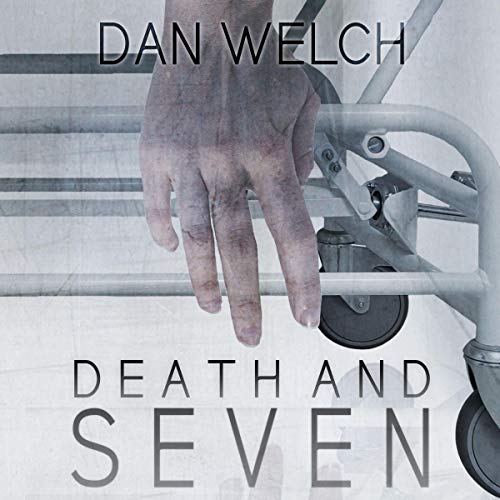 By: Dan Welch
Narrated by: Vianna Vigneau
Try for $0.00

In the not-too-distant future, crime at institutions deemed "too big to fail" is charged as capital treason - and those executed don't stop talking just because they're dead. At the Glimmer Development facility in Goshen, Chief Federal Prosecutor Freddy Logan has friends who can interrogate corpses, and it's all going gangbusters.

Meanwhile - up at the new federal research hospital in Goshen, Amanda Wilson and her new dead friend, the beautiful and dynamic Sarah Russell, are fixing Wall Street and Sarah's former husband.

But Freddy‘s insistence on secrecy means keeping his own people largely in the dark, leading to doubt, distrust, and perhaps even mutiny - and the corpses they're interrogating aren't completely dead.

What listeners say about Death and Seven

We are presented with an interesting and rather unique thriller. In the future science will be able to interrogate the dead via brain and artificial nerve stimulation. This breakthrough will become the Justice Departments Pandora’s Box. Transcripts of these interrogations will be a legal record. Imagine the plethora of follow-up investigations if the convicted were to talk without hesitation or fear of self-incrimination. As most discoveries go, they can be used for good or bad. Intent can override ethics, the desire to do good becomes muddied, and unforeseen results can rear its ugly head. In other words, things can go sideways pretty quickly. The phrase, “Dead men tell no tales” does not apply here. Four.point.five. This audiobook was given by the author, narrator, or publisher at no cost in exchange for an unbiased review via Audiobook Boom.