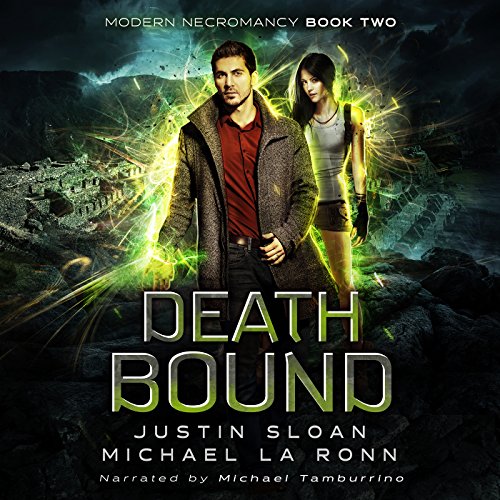 He thought he left the spirit world behind him. He was dead wrong. Rohan defeated the evil Frank Altemus, but now it's his ghost he has to worry about. To make matters worse, Altemus obtains a stone tablet with the magic needed to settle the score. Rohan's only hope is a woman named Nora, a reluctant necromancer who wants nothing to do with the journey. Rohan and Nora will have to work together to stop Altemus from using the tablet to rewrite the rules of the afterlife. If they don't, Altemus will turn the world of the living into the world of the dead. Death Bound is the second book in the urban fantasy Modern Necromancy series. It's a fast-paced chase around the world that will keep you on the edge of your seat and fear the dead.