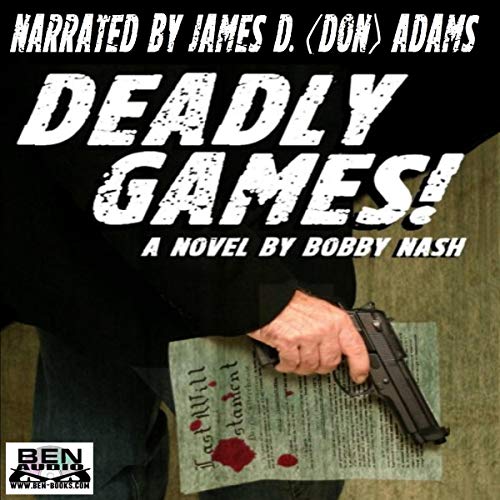 A madman's death triggers the most deadly game of all!

They played the most dangerous game of all and death was only the beginning...

Six years ago, Police Detective John Bartlett and journalist Benjamin West were instrumental in the capture of notorious master criminal Darrin Morehouse. Their story played out in the media, rocketing both Bartlett and West into local celebrity status.

Today, Morehouse, still a master game player and manipulator, commits suicide while in prison. His death initiates one final game of survival for the people Morehouse felt wronged him the most. At that top of the list are Bartlett and West, who must set aside their differences to save the lives of Morehouse's other victims and solve one last game before a dead man’s hired killers catch them and his other enemies.

What listeners say about Deadly Games!