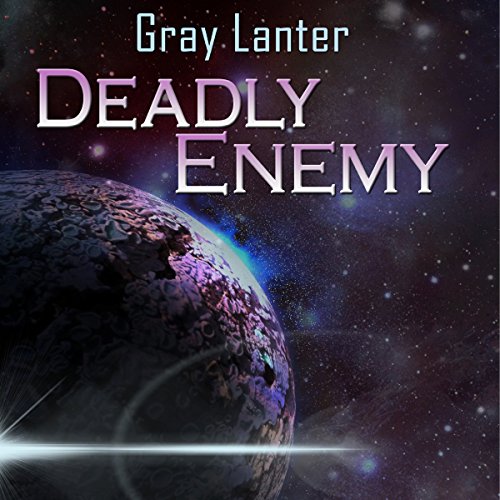 By: Gray Lanter
Narrated by: Steve White
Try for $0.00

Logan Ryvenbark thrives on long odds. He and his squad of brave men and women have made it a habit of overcoming impossible situations. But after accepting an assignment from a powerful intergalactic CEO, Ryvenbark and his team learn all of their past missions may have just been a warm-up to the real threat lurking just beyond the borders of the galaxy.

Experience the action and adventure of the Logan Ryvenbark's Saga.

Major Logan Ryvenbark is no ordinary soldier of fortune. While he's tough as nails, deadly with all number of weapons, and highly skilled in a number of areas of combat, he's also genetically engineered to be a super-soldier. When he and his men take on a contract from the powerful intergalactic CEO Belen Morganthal to scope out the planet Sandeling, a desolate and seemingly uninhabited wasteland of ice and snow, he's knows that it isn't going to be your average guns-for-hire gig - but what he doesn't know is just how perilous the mission is actually going to be.

After discovering that the planet is not actually uninhabited as previously thought, Major Ryvenbark and his mercenaries uncover even more shocking revelations as they continue to uncover the secrets of Sandeling, secrets involving invasions, betrayals, wars, massacres, genocide...and time travel.

In Deadly Enemy, you'll be taken on a thrilling sci-fi journey in an exciting tale of mystery, suspense, action, and technology that will make your head spin with awe. If you're into captivating and enthralling tales of adventure that take place in galaxies and solar systems that are many light years away, Deadly Enemy will not disappoint you.

What listeners say about Deadly Enemy

Requested this book be removed from my library... doy the most part that happened. The shell of the book remains, however, the book itself is not in my library and cannot be accessed. Thus no 'honest review' as the book was not listened too.

Makes many references to the twentieth century and events such as american civil war, 2nd world war and even includes weapons such as the desert eagle

A little bit hard to get into as alot of it is just dialogue and not much action, maybe i need to re-listen to it. And the end is anti-climactic

And the narration isnt that easy to enjoy either.

This is all my opinion and review, maybe a tv show could make it more enjoyable