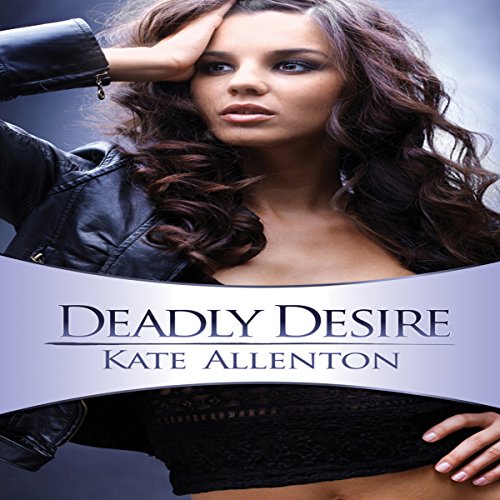 By: Kate Allenton
Narrated by: Robin J. Sitten
Try for $0.00

In what universe would the world's most eligible bachelor not be able to get a date?

Collin Martin is adored by many and loved by all. Not only handsome and sexy, he's a self-made millionaire with a heart of gold. Every woman's dream. When Collin's ex-girlfriends become targets of a killer, and he's the common denominator, he's left with little choice. He needs the help of professionals to figure out who is behind the killings to stop them before anyone else gets hurt.

Sara Johnson has been assigned to Collin's case, and it's exactly as she's suspected. Most women would kill to have a date with the world's most eligible bachelor, and one may already have. There are only two rules for dealing with any case: keep your eyes on the job, and keep the client alive, but that's a bit hard to do when dealing with forbidden fruit like Collin Martin. Being set up as the killer's next target doesn't scare her nearly as much as what she has to do to play her part. Pretending to date the bachelor might kill her before the killer even makes the first move.

What listeners say about Deadly Desire

This was a fun read and I was able to pick out the bad person after he/she was introduced. Both MCs are kinda bone-headed and make some really TSTL decisions.

Mysteries are my favorite.

I really love this book, it was a suspense worth reading. I am big on mysteries, especially ones like this one with happy endings. Thanks audible, and thanks Kate Allenton for creating such a great book. I loved it, and I hope I find more like it. Finally, I found a great listen, but in order to find what I was looking for, I had to get a Audible. I absolutely loved this book once again, and I hope that others listen to it as well.

MMS. Gibson gives a much better performance than my introduction to her talents. An all around pleasure.

The worst book ever, stay away

The narration if you can call it that was horrible, it was like she was speed reading. All the characters sounded alike. I have listened to a lot of books and this was the worst ever.
The writing was equally bad. I highly recommend avoiding this book. You will be glad I warned you.