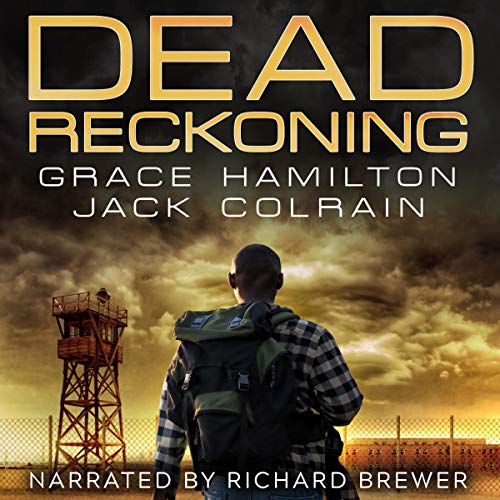 By: Grace Hamilton,Jack Colrain
Narrated by: Richard Brewer
Try for $0.00

In a world on the brink of chaos, a father must learn to let go.

After destroying the Church of Humanity, Jim Parker is a hero of the rebellion. But his mission is just getting started. Living on the run takes its toll on Finn, Ava, and their friends, but Parker gains hope from the ordinary people he sees performing small acts of resistance every day. When word reaches the rebels that the malicious Colonel Brian Hays is inside the Council compound, they hatch a plan to infiltrate the stronghold and take him out. Parker offers to lead the operation, but he has another goal in mind: convincing his daughter Sara to join his side - whether she wants to or not.

When the planned raid on the compound goes awry, Parker finds himself a prisoner of the Council. Now, he’ll have to do what he can to help his friends from the inside while attempting to bring Sara over to the resistance. But does a father really always know best?

What listeners say about Dead Reckoning

This is the third book I’ve read/listened to by these authors together. All have been in the 911 Series.
This is quite a ride the listener is taken on as Sara tries to find her dad. Sara and Ava are tough cookies- they are more than capable to take care of themselves, but having joined the rebels, they’re not on their own.
Parker is taken prisoner and he’s got it rough.
There is lots of action and the book has a bit of a surprise ending.

This is the second book I’ve listened to by this narrator ( Richard Drewer ) and I would listen to another. He does well performing this book. His male and female characters are well done and individualized.

There are no explicit sex scenes. There is described violence and swearing.

I loved this book. I found it to be very believable and was very glad I was not in that scenario. I recommend reading this series be read/listened be read with book 1, then 2, then this one. Now I have to go back to read them. There was a tremendous number of references to the prior books. I highly recommend this series to all....well....18+. Now for the obligatory: "I was given this free review copy audiobook at my request and have voluntarily left this review." "I was voluntarily provided this review copy audiobook at no charge by the author, publisher and/or narrator.”

Riding high after the success over the Church, Jim Parker’s contentment doesn’t last long. Jim and the rebels of ARM, the American Resistance Movement, learn that one of their old enemies has joined with the Council. Although plans are made to deal with this new threat, we know that they hardly ever work out as planned. Jim is captured in the raid and for the sake of vicious revenge is subjected to physical and mental torture by the Council. The focus shifts to Sara, her involvement in ARM, and the search for her father. The characters are well-known by now, and the author successfully wraps up loose ends. I was given this free review copy audiobook at my request and have voluntarily left this review.

This was a great listen. Seamless transition from the first 2 books. Great storyline, great characters and great narration. Couldn't ask for better!

Once again a great effort

The story continues well from the second book and once again I thought the story of a mans journey to recue his daughter and all the roadblocks in his way was done very well. The narrator did a great job of conveying the emotions and frustrations along the way. I was given a free copy of this audio in return for an unbiased review.