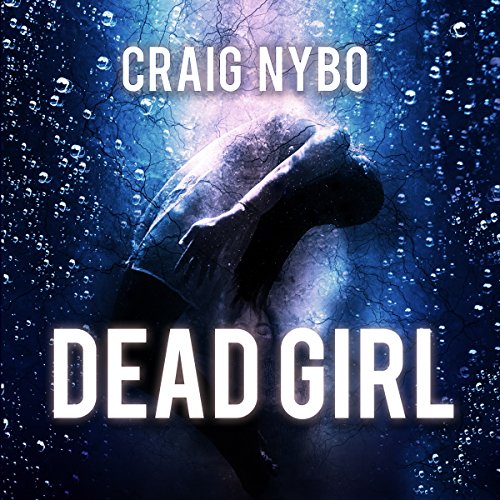 A half-century-old curse lies over the small community of Ridgewater ever since Sarah Chase died in a car accident during a teen-angst-driven game of chicken back in 1962. She perished in the back seat of a 1961 Impala, accompanied by a group of boys who called themselves "the big four". She screamed as the car careened through a guardrail and plunged into the icy river water beneath. The four boys survived. Sarah did not.

Teenagers still race and party at the Milvian Bridge where Sarah's car went over, especially on the anniversary of her death, in hopes of catching a glimpse of her unsettled ghost.

What listeners say about Dead Girl

I really was pleasantly surprised by thus book. great bedtime listening!!! I couldn't shut it off though.

An entertaining and a fun read. Shades of The Night Stalker and The Dresden Files.

DEFINITELY WORTH YOUR TIME!

I thoroughly enjoyed this book; tongue-in-cheek reporter going after something most people shrug off as urban legend and finding the truth behind it. The author’s knowledge and portrayal of small rural towns made me feel like I was a local. I was invested in the story from the beginning. The vivid descriptions of the Impala, diner food, Bridgewater locations and Block Vang’s witty personal insights made me feel like I was right alongside the main characters. This was the first Craig Nybo book that I have read/listened to and he hit it out of the park. Nybo does a great job reading the book and giving life and imagery to every character. I would enjoy hearing more about the main character as he pursues other adventures. I hope to hear more Block Vang stories by this author.

I enjoyed this ghost story. The plot had plenty of twists and turns and I was surprised by where the story went. The character of Block Vang was interesting and read a lot like a Sam Spade kind of character. The down side to that was that sites the other characters sounded a bit like that too and I didn't like that on teenage boys. Didn't ring true for me. If you are looking for a spooky tale for this Halloween you should give this one a try.

One of His Best!

This story was honestly one of my favorites by this author. I loved the chilling twists and turns and especially the scene where we first meet our ghoulish antagonist. Overall the story was very well written and read and I would love to hear more of this genre by this author in the future. The ending was my favorite, and you could definitely get a feeling for the author and his experiences through the main character as well!

How will a Teen girl terrorize a town?

What did you love best about Dead Girl?

I love the Narration. Mr. Nybo, really gets into it. Making it come to life. I really enjoy the off the wall comments by the crazy spouses.

There are so many twists and turns. He sure kept me on the seat of my pants.

I really enjoyed the old folks whom were off their rockers.

mainly just had me coming back for more.

This is my first book by this author. I probably won't get another. I didn't really care for the main character. In my opinion, he was pretty much a pompous jerk who used the term rice burner to exhaustion. Also, I guess I didn't realize from the synopsis that there would be so much about witchcraft. I saw the word curse.... But I guess I misinterpreted the meaning. The author is also the narrator. I love that Neil Gaiman narrates his novels. It brings so much to the story. Unfortunately, I did not get that enjoyment with Mr. Nybo's narration.

This is a nicely spooky fast paced tale with elements of the Night Stalker meets Stephan King's Christine.