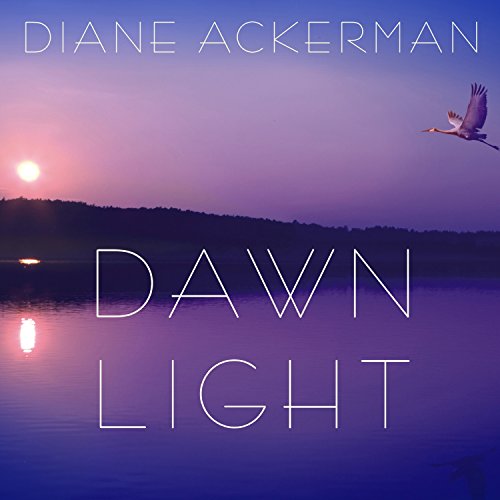 By: Diane Ackerman
Narrated by: Laural Merlington
Try for $0.00

In an eye-opening sequence of personal meditations through the cycle of seasons, Diane Ackerman awakens us to the world at dawn---drawing on sources as diverse as meteorology, world religion, etymology, art history, poetry, organic farming, and beekeeping. As a patient and learned observer of animal and human physiology and behavior, she introduces us to varieties of bird music and other signs of avian intelligence, while she herself "migrates" from winter in Florida to spring, summer, and fall in upstate New York. Humans might luxuriate in the idea of being "in" nature, Ackerman points out, but we often forget that we are nature---for "no facet of nature is as unlikely as we, the tiny bipeds with the giant dreams."

Joining science's devotion to detail with religion's appreciation of the sublime, Dawn Light is an impassioned celebration of the miracles of evolution---especially human consciousness of our numbered days on a turning earth.

What listeners say about Dawn Light

I am listing to this book and having a really hard time getting past the narrator.... I feel like she needs to inhale & listen to the words that are written. What I hoped would be a thoughtful considering of life is feeling like a foot race.

Today on a public radio interview, Diane Ackerman was engaging. So I bought the audio book.
The narrator might be good at what she does but she can't even come close to the genuine joy in learning and in subject as Ackerman. The audiobook is stiff and preachy.