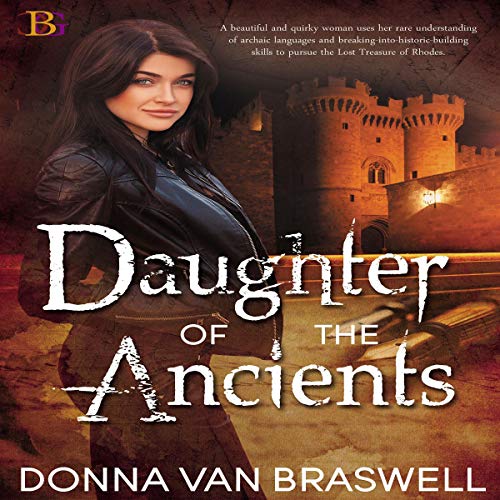 Daughter of the Ancients

By: Donna Van Braswell
Narrated by: Erin Moon
Try for $0.00

Who knew finding the Lost Treasure of Rhodes would be humorous, exciting, and deadly?

Scottish noblemen with ties to the Knights Templar failed to find a trove of priceless icons hidden by the Knights of Rhodes. Centuries later, Katina Papamissios Bason makes discoveries of her own. With a lighthearted excitement, she discovers riddles left by the Scotsmen and a heartbreaking diary written during the blockade by Suleiman the Magnificent. These would give anyone what they needed to succeed. Almost.

Katina’s Greek ancestry and skills with antiquated languages and intricate puzzles give her a unique ability to follow the cryptic journeys through Scottish castles and the Palace of the Grand Masters.

She is warned to go home. Thieves will stop at nothing to find the treasure’s location first.

Torn between imminent harm and returning the treasure to her people, Katina must find the strength she never believed she possess to save her loved ones and help the people of Rhodes.

What listeners say about Daughter of the Ancients