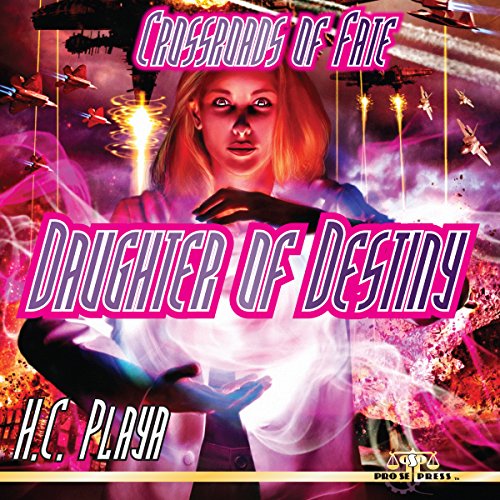 A world scarred by terrorist attacks and global pandemics fights for survival. Unbound by invasion, a millennia old enchantment ends. A daughter of Earth must learn to wield the very power she fears. Dr. Katarina O'Brian, a molecular biologist, fights from her lab in Memphis, Tennessee to find a cure for Reaper, a deadly virus plaguing humanity.

During another late night at work, a mental voice touches hers, chiseling a crack in her mental fortress and tempting her to explore the powers she suppresses. As events unfold, Katarina must choose to embrace her fears and control her power, or risk the destruction of everything and everyone she holds dear.

Captain Zane Gratig of the Inter-Galactic Confederacy Fleet is on a routine recon mission to investigate Earth. During a telepathic exercise, he stumbles upon Katarina's vibrant mind.

Though forbidden by intergalactic laws, neither Zane nor Katarina can stop destiny and love from uniting them. Meanwhile, a Goloth invasion force prepares to conquer Earth, and from there reclaim the empire it once ruled across the known universe. Kidnapping and torturing Zane are just step one in the Goloth emperor's plan. Separated by galaxies, forbidden by laws, Katarina and Zane must find a way to come together to face down their enemies and guide Earth on its new path.

What listeners say about Daughter of Destiny