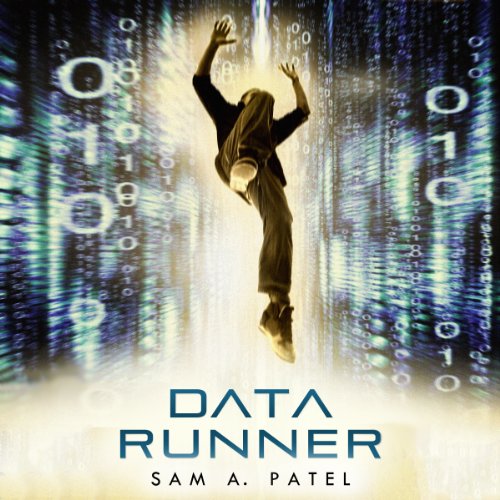 In the not-too-distant future, in what was once the old City of New York, megacorporations have taken over everything. Now even the internet is owned, and the only way to transmit sensitive information is by a network of highly skilled couriers called "data runners" who run it over the sneakernet. It is a dangerous gig in a dirty world, but Jack Nill doesn’t have much choice in the matter. A brilliant young math whiz and champion of parkour, Jack must become one of these data runners in order to get his father out of a major gambling debt.

But when a mysterious stranger loads Jack’s chip with a cryptic cargo that everybody wants, he soon becomes the key figure in a conspiracy that could affect the entire North American Alliance. Now it’s all up to Jack. With the help of his best friend, Dexter, and a girl who runs under the name Red Tail, Jack will have to use all his skills to outrun the retrievers and uncover the truth before they catch him and clip him for good.

What listeners say about Data Runner

Gripping story, but more for Hollywood!

This story looked like an attempt to sell rights to Hollywood. The story as a book was weak. There were several opportunities to explain the future the environment. Instead it was story with little detail to make it tech imagination rich. But a good story nevertheless, for current day movies.

Written for 12 year olds and hoping for a movie ?

For some reason this book appears on a number of cyberpunk must read lists, however I'm not sure why. The story is weak, predictable (with one exception), thin, linear, and unoriginal. It is almost as if the author has been reading books, watching films and TV and thinking 'ooh that scene would work' and then tried to fit them together. It is also written in such a way that you're certain the author is/was looking to write a sequel or a series based on this book, along with a string of movies (or straight to TV movies).

Are there any positives? Well it is very well narrated by Vikas Adam. Can't think of that much else.