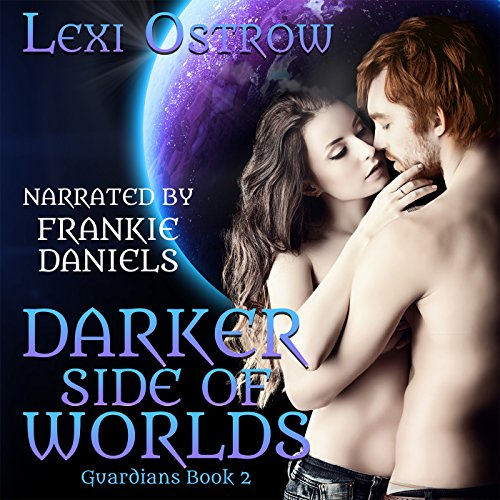 Darker Side of Worlds

By: Lexi Ostrow
Narrated by: Frankie Daniels
Try for $0.00

Dale grew up fighting for self-respect and the respect of others. Being a Word Speaker hadn't helped. Most of the Guardians he had sought out were decidedly darker and fighting on what could be seen as the wrong side of the war. When Ciara gives him her gifts to follow her own happy ending, he's forced to see his self-worth and honor her precious gift.

Breena is a dark sprite in charge of sneaking through dreams to steal information in a war between the Seelie and Unseelie court in her world. Finding out she's a book character destined to save the life of a human wasn't her cup of tea - but it was her father's. Commanded to get close the Word Speaker Dale so they could all enter his world, she's forced to leave what she knows behind and corrupt a man on the brink of finding himself.

When passion ignites between Dale and Breena, Dale finds himself seduced by the darkness once more. He's tangled up in a web that threatens to change his stance in the war just before his 27th birthday. When her true intentions come out he will have to choose: between dark and light, and where he stands in the war.

What listeners say about Darker Side of Worlds

A job well done by both Lexi and Frankie!! Lexi has kept me hooked from the first book I've read of hers. She is quite the story teller. Frankie knows how to take Lexi's words, and make them come to life.

There were a couple of places that I kinda lost interest in, and I wanted to fast forward through, but if those weren't in there, the story would've been different.

I'll definitely be listening to this again!!

I could not finish, could barely start. The Narrator SUCKED bad! She sounded robotic, there was no inflection in her voice. I am going to have to read it if I can find on Amazon Kindle Unlimited. If the quality of the Narrator does not matter to you and you can overlook it, then go ahead, I think you'll like it based on the blurb.