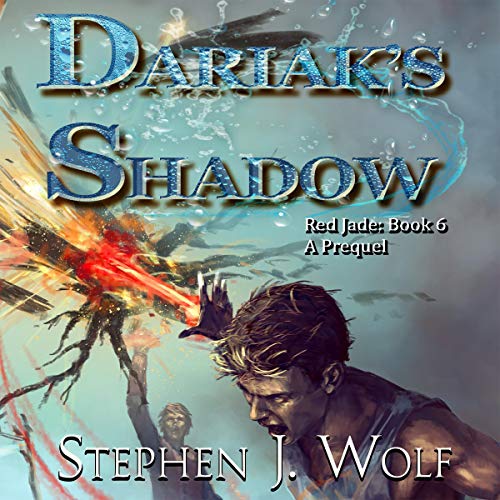 By: Stephen Wolf
Narrated by: Dylan White
Try for $0.00

Dariak is overshadowed by the legacy of his father, a man known to all mages, but a man he never knew. Ever compared to his father’s renown, Dariak yearns to make a name for himself.

When he meets Kesh and explores magic with him, the spark between them ignites a rivalry with an old friend. When things go awry, Kesh is summoned home and Dariak ventures off to find his place in the world and a way to return to Kesh.

He soon learns that every action has consequences and leaving the confines of his father's shadow causes him to cast shadows of his own.

Dariak's Shadow is a stand-alone prequel to the events in Red Jade books one-four.

What listeners say about Dariak's Shadow