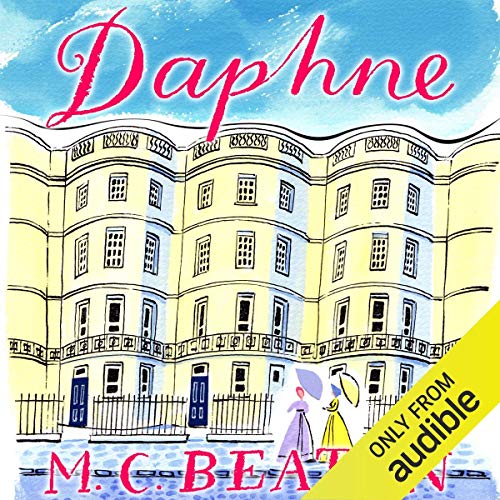 Daphne Armitage embarked on her first Season with secret dread. For though she had long since learned the power of her flawless beauty, she shrank from the open competition of the marriage mart. Better to marry her first suitor, the fastidious Cyril Archer, and be done with it. But when Simon Garfield, notable and wealthy Corinthian, falls in love with the lively girl bubbling beneath the veneer of her beauty, Daphne's resolve is tested...that is, until the vain Mr. Archer threatens to reveal a family scandal so horrible that marriage seems a small price to pay for Daphne to keep the secret.

M. C. Beaton is the author of the best-selling Agatha Raisin series. She has also written several Regency romance series. She lives between Paris and the Cotswolds.

What listeners say about Daphne