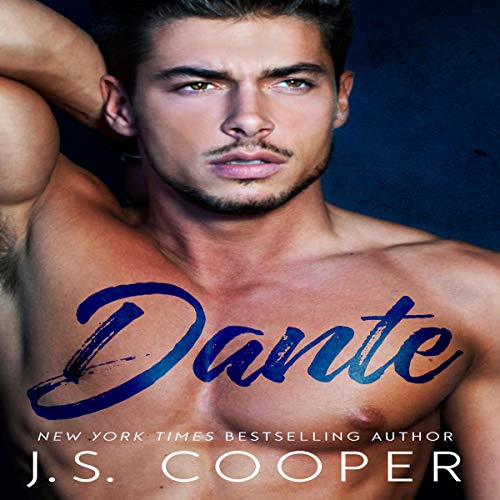 A blind date set up by her grandmothers best friend.
A mistaken identity.
A crying baby left at her apartment.

What could possibly go wrong for Sadie Johnson? Just about everything. She thought her week couldn’t get any worse and then she went on her date and met Dante.

Dante Vanderbilt. Hot, charming, sexy, rich, and arrogant. He was the sort of man that every woman wanted to tame. Every woman except Sadie. She disliked him on sight and she let him know that right away. However that only seemed to amuse him and want her even more. Even though he assumed she was a flighty, careless single mother. Even though she let him believe that was true and that she would never want him as a stepdad to her pretend kid. He seemed to find her distaste appealing which only irritated her even more. Sadie couldn’t wait to leave the date and Dante behind, only he seemed to keep popping up wherever she went.

Sadie wasn’t sure what Dante wanted from her, but one thing she knew for sure was that she was in way over her head.

What listeners say about Dante

First and foremost, this story was too short... I mean that ending.... come on! Joking. This book was funny, entertaining, and left you wanting more of Dante. I haven't found a book of JS. Coopers that disappointed, and for this week I have listened to 3! On to the next!

Just when it was getting good

I have to tell you, this is a good book. I laughed and enjoyed it very much. Right up to the cliffhanger, now I'm stuck thinking about what Sadie is going to do and what I would do in her place. As much as I hate cliffhangers, this one was perfectly placed.
I'm looking forward to reading or listening to how Sadie's and Dante's story ends.

This description was so misleading. I was listening to the audio version which was ok. When reading about the book, it described a date set up by Sadie's grandmother and a crying baby left at her apartment. This was on two different occasions. I really thought all of these events occurred with the blind date.

Then, I started thinking that the book wasn't too bad. Dante's attitude started to change. Sadie started to feel guilty about misrepresenting her situation. They were finally on the same path.

By the time the relationship started to build into a romance, CLIFFHANGER!! There was nothing in the description to indicate that this was going to happen when I first received the book.

Getting hit with a cliffhanger in this way, I don't think I even care what comes next for Dante and Sadie. I'm done.

Dante And Sadie Trade Insults In This Light And Playful Quick Read Packed With Steamy Banter, LOL Moments, And Wild Misunderstandings! Ends With A Cliffhanger.


Sadie Peters, twenty-eight, wants love and hates drama. She is lackadaisical and spunky, but has only ever had a few rather bland relationships that ended with her being hurt. She has a new and unusual job for a difficult boss, researching and reporting on art, which she only obtained by very carefully wording her qualifications. She lives in the upstairs apartment in her best friend Cara's house. Cara had been abandoned by the father of her three young boys, and Sadie, as godmother, stepped up to help Cara with babysitting and caring for the children to ease the difficulties Cara faces as a single parent. Sadie nearly feels like a mother herself. With that in mind, she wants a change for herself before she settles down. She wants excitement. She wants more from life, both in and out of the bedroom.

Sadie hasn't had a date in ages, so she signs up on the Dating on the Edge website, which is a safe place for users to anonymously explore and push their boundaries as they meet new people. She ends up engaged in a series of chats with a user named Jonas who repeatedly makes her blush. As Sadie has never even had a one night stand, the flirty talk makes her uncomfortable but she is committed to pushing herself to bring more excitement into her life. Although the site is unlikely to help her find true love, it at least lets her explores new ideas.

Sadie's Grandma Louise is a colorful character, always up to some new scam. She tells Sadie that she has arranged a blind date with her best friend's grandson and Sadie. Though she doesn't have high hopes, Sadie agrees to go.

Dante Vanderbilt, probably early to mid-thirties, is filthy rich. He is a partner at Vanderbilt & Sanders, the law firm co-founded by his grandfather. He lives and works in NYC, spending most of his time at the firm or keeping tabs on various businesses that he co-owns with his cousins, Blake and Steele. They are like brothers, and all three enjoy their bachelor lifestyle. Dante is too busy for a relationship, which is fine because women throw themselves at him; a one nighter is his for the taking. But he isn't a playboy, despite what everyone thinks.

His co-worker and good friend Lila met a musician a few short months ago. Today she is pregnant and the couple is very happily engaged despite Dante's early misgivings. Dante even developed a friendship with Carter. It goes to show quickly things can change, even when least expected.

Dante maintains a close relationship with his grandmother, Nana Addie, who helped raise him. Nana is rather colorful, and more importantly, she is the queen of emotional blackmail. She is consumed with the notion that her grandsons should be married and providing her with grandchildren. Towards that effort, she informs Dante about a blind date she arranged for him and her good friend's granddaughter.

Sparks fly when Dante and Sadie meet, but in a matter of minutes the date is over and Dante is left to watch a furious Sadie storm away. Dante cannot seem to help himself near Sadie, but neither can she stop herself. They exchange insults rather than flirting the traditional way, but simmering beneath the anger and irritation is an intensely addictive chemistry.

Grandma Louise and Nana Addie are entertaining characters and master manipulators as they slyly bring their grandchildren together. Eventually Dante and Sadie begin to bond and their walls begin to crumble. But it all started like a game, with the possibility of a relationship off the table, so every twist and turn spawns new doubt. Intentions are tested and feelings definitely begin to take shape out of hope. The story ends with a twist and cliffhanger that will have you clamoring for the sequel!

Dante and Sadie trade insults in this light and playful quick read packed with steamy banter, LOL moments, and wild misunderstandings. The plot is simple but entertaining, with enough twists to keep the pages turning. The characters are intriguing and nicely developed. The book leaves gaps and questions, but it is presumed it will all wrap up in the sequel. My review copy has some editing issues but it is presumed those were tidied up in the released version. I rate this book four stars.

As for the audio, it is well done and entertaining. The narrator's use of different voices for the various characters is great. The narrator does trip up a few times but it doesn't spoil anything.

I received a free advance copy of this book and audiobook and am voluntarily leaving a review.

I really enjoyed this story and it leaves you with a huge cliffhanger.

* Please know that the only reason I gave over all and performance 4 stars is because multiple times throughout the story sentences were repeated even though it’s not in the book that way.*

Sadie is looking for more adventure to add to her life. Dante isn’t looking for anything other than a good time. Their grandmothers are on a mission to get their grandchildren married and hopefully having children soon.

Sadie and Dante’s grandmothers set them up on a blind date. Things don’t go as planned. Sadie has to bring 3 kids with her and Dante turns out to be a judge mental jerk, so Sadie never corrects any of his assumptions. Their grandmas are not going to back down though. They run into each other at a club and then Dante shows up at Sadie’s house.

The chemistry is off the charts and they need to decide if they should go with it or walk away even if their grandmothers will be mad at them.

I had fun with the banter between Dante and Sadie. I really enjoyed reading the beginning of their story, can't wait to read the end. I voluntarily reviewed this audiobook.

I read this book last fall and was so excited to be able to listen to it. Absolutely love these Sadie and Dante. I have been looking forward to the next book since the day I put this one down and after listening to this, Oh My!

I love Dante and Sadie's grandmother's. Yes I know not what you expected right. Well let me tell you they definitely help make this book. Dante and Sadie are amazing too and I'm sad this one ended in a cliffhanger. However this is a different kind of cliffhanger for sure. I'm excited to see what Sadie will do when she realizes what Dante already has. Is she going to be on board for his game or not at all.
Also I listened to the audiobook and I love the two people that narrate this one.

For honest review. This is a story of sadie(kiwi) and danta(jones) are on a dating app called dating on the edge then they meets through their grandma's this is funny and very Cute.

I couldn’t stop listening! The narrator captures the characters perfectly and did such a good job with the story that I regretted having to stop listening and couldn’t wait to listen again!