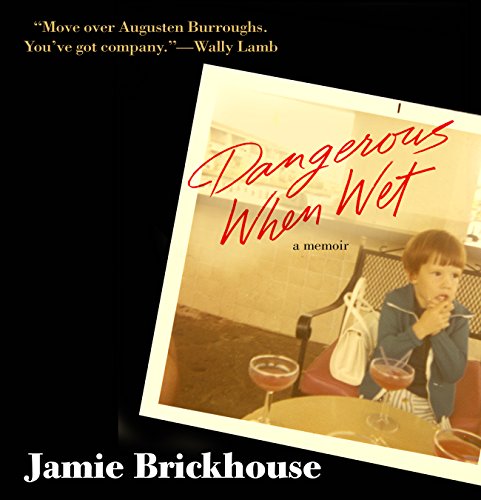 "Whoever said you can't get sober for someone else never met my mother, Mama Jean. When I came to in a Manhattan emergency room after an overdose to the news that she was on her way from Texas, I panicked. She was the last person I wanted to see on that dark September morning, but the person I needed the most."

So begins this astonishing memoir - by turns both darkly comic and deeply poignant - about this native Texan's long struggle with alcohol, his complicated relationship with Mama Jean, and his sexuality.

From the age of five, all Brickhouse wanted was to be at a party with a drink in one hand and a cigarette in the other, and all Mama Jean wanted was to keep him at that age - her Jamie doll forever. A Texan Elizabeth Taylor with the split personality of Auntie Mame and Mama Rose, always camera-ready and flamboyantly outspoken, Mama Jean haunted him his whole life, no matter how far away he went or how deep in booze he swam. Brickhouse's journey takes him from Texas to a high-profile career in book publishing amid New York's glamorous drinking life to his near-fatal descent into alcoholism. After Mama Jean ushers him into rehab and he ultimately begins to dig out of the hole he found himself in, he almost misses his chance to prove that he loves her as much as she loves him.

Bitingly funny, raw, and insightful, Dangerous When Wet is the unforgettable story of a unique relationship between a son and his mother.

What listeners say about Dangerous When Wet

I was outside watering flowers at work and I began to listen...at some of the childhood adventures and imitations of Mama Jean....I laughed so hard I fell down.

This book made me laugh and tear up. But mostly laugh and concur. This story of a son and his "belle of the ball "momma is just what it should be. Jamie's mother lives in his heart and in his ear throughout his youth and adult life. This over the top loving woman tells her son how the world works and he'd best listen. Instead Jamie puts his fingers and mouth in and around everything solid and liquid. He finds his peace somehow just in time to make good with his OHHHHH DAHLING Ma. This is a good one. Enjoy.

Loved this book! It was refreshingly sincere. The author did a marvelous job at illustrating every place, person and emotion he described.