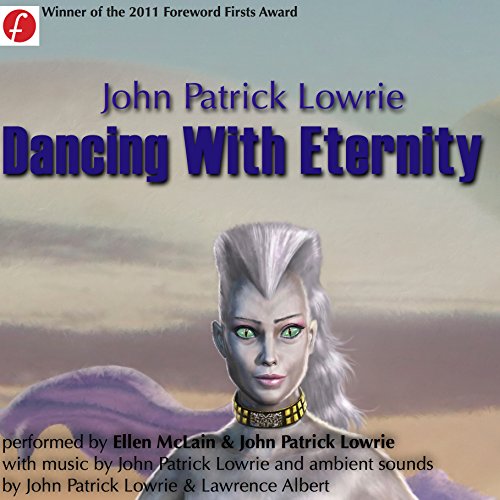 A 40th-Century drifter follows a beautiful woman across the galaxy. A funny and thought-provoking novel that challenges our traditional beliefs about love, sex, immortality, and spirituality.

What would happen if Odysseus met Captain Ahab in the 40th century? Only Captain Ahab is a beautiful woman named Steel who owns her own starship, and Odysseus is an unemployed actor named Mohandas who's stuck on the backside of a backwater moon because he won't pay his taxes. Everybody almost everybody lives forever, and there's a telepathic Internet that allows the entire population of the galaxy to communicate at will and even experience the world from another person's perspective.
©2011 John Patrick Lowrie (P)2014 Coffeetown Enterprises, Inc.

What listeners say about Dancing with Eternity

An amazing insight into life, death and eternity.

This would normally not be my sort of book, but the narration from John and Ellen really made this amazing to listen to. Full of emotion and gripping storyline that just keeps dragging you back in. Also, that ending.... Wow.........