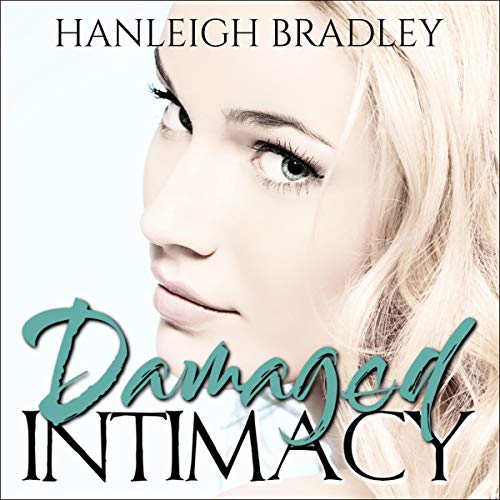 By: Hanleigh Bradley
Narrated by: Vera Zweig
Try for $0.00

"We've spoken. We've flirted. But she won't let me close. She's guarding herself, even if her face says she's the most approachable person I've ever met."

Coming home to London, Tallulah is looking for a second chance, a fresh start. Her friends know something is wrong, but they have no idea what’s she’s running from. Tallulah is not herself. The usually happy, bubbly, excitable girl is faking it. Inside, she’s a complete mess, but she refuses to tell anyone why, choosing to keep it a secret - a secret that makes her skin crawl and leaves her crying herself to sleep. She tells herself she’ll be okay. That she can cope. She can forget about how damaged she is, forget what she’s run away from. She’s fighting to hold it together.

When she meets Jarrod, he’s everything she’s ever wanted. He’s a hot, suited, motorbike-riding boss with a soft heart. As perfect as Jarrod as, she can’t date him. She’s not the same girl she used to be, and now, she doesn’t think she deserves what she once wanted.

Damaged Intimacy is the first book in a complete contemporary romance series. This is a story of bravery and overcoming immense obstacles. It's about choosing to trust again when your every instinct tells you not to.

this was an okay read for me

The story itself was okay but I did not care for the narration on this one. Pretty good for a quick read.

Finally, we get Lulu's story. I suspected the reason for her impromptu return was somewhere along these lines but it's still awful to hear. I think Jarrod is good for her and look forward to the rest of their story. I liked the narrator, Vera Zweig, even if I didn't like her version of Landon. There are some editing issues with the audio, though. It makes it sound like it's skipping. Story: 4 Stars Narration: 3.5 Stars

Tallulah left school because of a traumatic event that she can’t share with anyone. She feels broken and alone, and she wants to find an escape so she seeks refuge at a restaurant she knows her friends don’t frequent. But the instant attraction she feels with Jarrod is a surprise, and his reciprocation of that attraction scares her. Jarrod is definitely interested in more than just friendship with Tallulah, but when that’s all she asks of him, he reluctantly agrees, accepting it’s the only way to be near her. This is a melancholy, but sweet story of two people falling in love. If only Tallulah can get past her pain and accept the love Jarrod wants to give her.

I would have enjoyed this audiobook much better with a different narrator. Her voice was so monotone. The start to the series was very good though and I like how it ties in with other books in Hanleigh’s London.

Amazingly well written. There are a lot of ups and downs in my opinion. Loved the characters. I really enjoyed listening to this and you will too. Narrator did a fantastic job bringing the characters to life. I can’t wait for more. Yes there is a cliffhanger.

Tragically beautiful...a well written romance that will break your heart. No happy endings here - yet at least. This is book 1 in Bradley's new The Intimacy series. Tallulah is not who she once was. Escaping to come home, she hides her brokenness. She meets Jarrod and the two can't help but fall in love - but Tallulah is not ready to admit her love and Jarrod won't push. Will they find a way to a HEA - can't wait to see what happens next in this series. Bradley does a great job writing these characters in an in depth way that is so personally reflective. While I loved the accent from the narration, there were a few louder / softer moments in the recording that came across wrong but I loved the vocal tone and accent. This book was given to me for free at my request and I provided this voluntary review.

Damaged Intimacy by Hanleigh Bradley is a contemporary romance that I listened to on audio narrated by Vera Zweig. Hanleigh does an amazing job pulling you into the story. I love that we get both Tallulah and Jarrod’s points of view throughout the book. The story does end on a cliffhanger but that was no surprise since it’s the first book in the Intimacy Series. I cannot wait for the next book in the series Entangled Intimacy to be released on audio. Vera did a great job on the narration. I loved that she used different tones/voices for each character. I would recommend this book if you love British Romances, Contemporary Romances, or Slow Burn Romances. StoryOriginAppReviewer

Tallulah has been through a rough experience. Jarrod only wants to help. Will Jarrod's love be enough to save Tallulah from her past? goos audiobook

Wow this book is intense. Lou has left college and come back home. The problem is she won't tell anyone what happened to make her leave. She has an instant connection with Jared but won't let him get close due to fear. I love how this series intertwines with Aurora story. Can't wait for the next book.