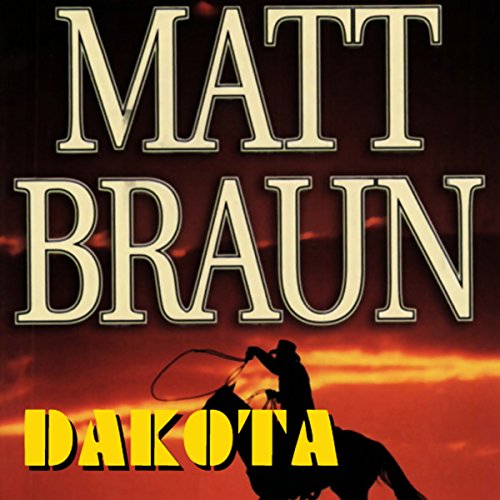 By: Matt Braun
Narrated by: Jack Garrett
Try for $0.00

Stunned by a Valentine's Day telegram, Teddy Roosevelt reached his Manhattan home just in time to watch death claim first his mother and then his wife on that dark day in 1884.

Abandoning a promising political career, 25-year-old Teddy sought the healing solace of the Dakota Bad Lands. But after bagging grizzly and elk, decking a gun-waving giant, and building two thriving cattle ranches, he found himself in the sights of a deadly rival.

What listeners say about Dakota

Having grown up in western North Dakota this book brought to light the history of the area made famous by Roosevelt. It is a great historical tale that explores his life in the wilderness of the North Dakota badlands. I highly recomend this boook. It made me home sick for the openess of the area.

I loved the book. It was both adventurous and historical. I will be reading more books about Teddy Roosevelt's life and also books written by Matt Braun.