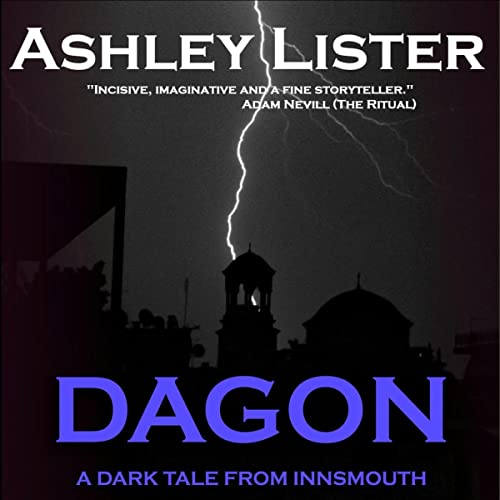 Dagon: A Dark Tale from Innsmouth

Dagon has been summoned. The dead have risen from their graves. And whilst cultists, researchers, and the might of the military try to oppose him, Dagon’s power proves to be formidable. However, there is one final, slim opportunity to save the world from being eaten by Innsmouth’s returning elder god.

A dwindling band of heroes fights against the inevitable apocalypse in this concluding story from Ashley Lister’s series of dark tales from Innsmouth.

The inert creature was lowered into the sea with a surprising display of tact and delicacy. It was a monstrous thing: twelve feet tall with a vaguely human shape. It had webbed hands and feet. There was a frill of gills beneath its jawline. The skin color was the green of a brooding ocean and the facial features were a reptilian mask of bulging eyes and broad, rubbery lips.

“All hail Father Dagon,” Sharon chanted. Her R’lyehian pronunciation was flawless and, when her disciples picked up the chant and echoed her words, they enunciated with the eloquence of diction she had demanded since becoming the first female leader of the Esoteric Order of Dagon. “Hear us now as we call on Yog-Sothoth and Nyarlathotep to raise Father Dagon from his slumber,” Sharon called.

What listeners say about Dagon: A Dark Tale from Innsmouth