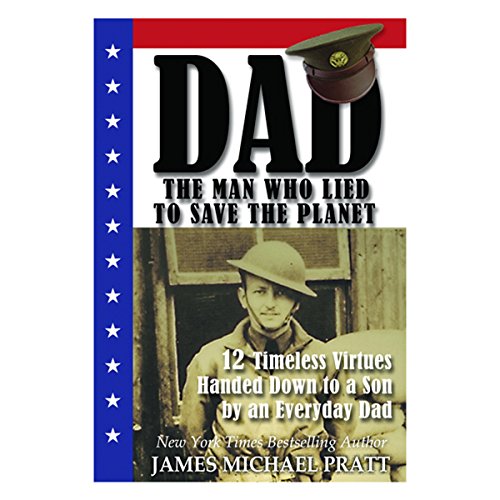 Dad, the Man Who Lied to Save the Planet

Recalling his growing-up years in Los Angeles following World War II, author James Pratt describes 12 lessons he learned from observing his father, an unpretentious and uneducated man who acquired little of this world's wealth but who lived an honorable life. "For some, these 12 virtues may seem antiquated, out of date, or hopelessly provincial," writes Pratt. "I don't see it that way. What my father practiced and conveyed to me were principles that made it possible for children to grow up in a stable, two-parent home, where there was a widely accepted code of decency, honesty, honor, and patriotism."

This book recalls simpler times, when Southern California was still filled with dusty little towns and when a man could have purchased the bean fields that have become LAX for five dollars an acre - if he had somehow had five dollars. Listeners will enjoy this loving retrospective, a fitting tribute to dads everywhere.

What listeners say about Dad, the Man Who Lied to Save the Planet