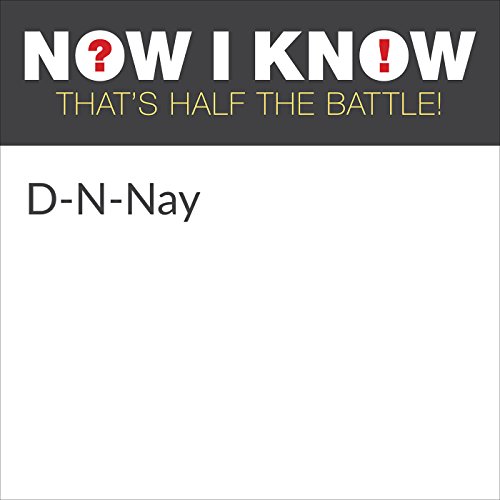 In the fall of 1994, the United States was introduced to a new tool in the world of crime solving and prosecution – DNA evidence. The O.J. Simpson trial had captured the nation's – if not much of the world's – attention, and a large part of the trial's outcome hung on DNA. At the time, the use of DNA evidence was still emerging, and the science wasn't well understood – or trusted – by juries. Even though the DNA evidence found at the crime scene in Simpson's case was, by contemporary standards, almost certainly enough to secure a conviction – well, that's not what happened.

What listeners say about D-N-Nay