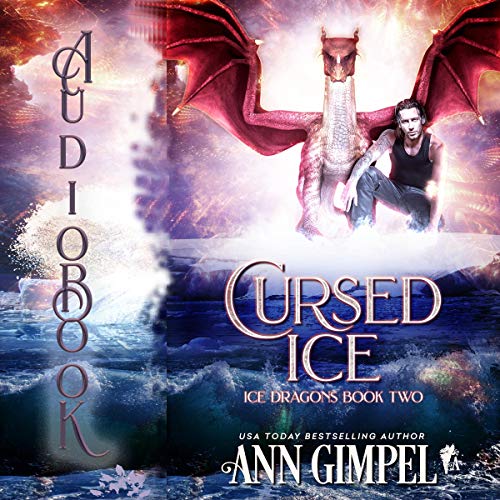 By his own admission, Johan’s always been one stubborn bastard. He’s wedded to his freedom, and the thought of bonding with a dragon has some pretty serious downsides. If he doesn’t sign on to become magical, though, he’ll be left behind - also not an acceptable outcome.

Distant relatives to dragons, sea serpents are gaining strength shockingly fast. Breeding farms spring up on distant outposts, spitting out all manner of evil. Banished eons ago by the dragon god, the serpents are making a comeback. As the dragons seek allies, they uncover still more atrocities.

Katya, dragon shifter and twin to the dragon prince, thought she wanted Johan as her mate, but he has more rough edges than she counted on. Besides, the serpent problem supersedes everything. She’s used to dragons being in charge, but when a serpent almost steals her will, it’s quite the wake-up call that her magic isn’t as potent as she always assumed.

Is the age of dragons drawing to a close? If that’s true, what will come next?

What listeners say about Cursed Ice

I really wanted to like this story, but I kept starting and stopping several times. I felt that the story's progress was very slow. The characters internalize a lot and I felt that it didn't help move the story along. But, persevere my friends! There is more action and character progression as the story continues. Can't wait to learn what happens next.

Story will have you hooked

Book 2 picks up where book 1 left off . This listen is fantastic. Ann the author knows how to have you hooked till the end . There is action , mystery in this one just as much as book one . You will be listening right till the end .
Book two is about the human male John and the female dragon shifter Katya. There is also sea serpents in this one that will have you wondering will they succeed in destroying earth as it is known .

Johan is an engineer who survived an ambush. There is danger by the sea serpents , and the 2 humans and 2 dragons need to save earth . But they can’t do it alone . They need magic, how will they get magic. They need to find allies who is willing to help them . But Johan and Katya will need to see if they can mate successfully so they won’t be the lady of their kind . Will they succeed in all their goals . Will Earth be saved .

Gregory Salinas performance was beyond 5 stars . His voice is strong, smooth and clear . His tone for the characters was right on.

Katya and Johan's story...picks up where Kon and Erin left off. Fantastic story and plot. Ms. Gimpel has a way with words and her people come alive under her pen. Narrator Gregory Salinas' voice makes you melt...he does all the voices so well, including the female voices. Can't wait to read/listen from this powerful duo. Definitely recommend this audiobook!!

I absolutely loved listening to this second book in the Ice Dragon series. There are quite a few surprises in this book that will keep you glued to the story to find out what happens next. Gregory Salinas does an excellent job in bringing this story to life, and I especially enjoyed listening to Johan’s elusive Dutch accent. I loved the inclusion of shifters from other worlds and the introduction of other magical beings into the story line. I absolutely can’t wait for the next audio book to be released to conclude this exciting and action-paced story!! I received this audiobook at my request and I provided this voluntary review.