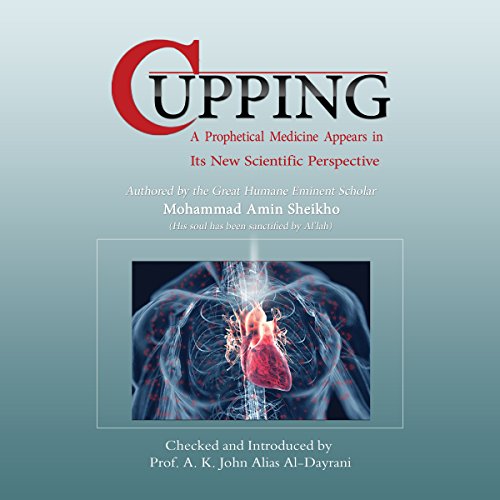 By: Mohammad Amin Sheikho,Dr. A. Fadel
Narrated by: Ronald Joy
Try for $0.00

This audiobook is quoted from the main audiobook of Cupping, which is very important for humankind. Actually, it is a summary of the important scientific cupping audiobook. The importance of this audiobook is clear in establishing and clarifying the true method of practicing cupping, and in manifesting the scientific, precise rules of true scientific hygienic cupping. These rules control the cupping operation, therefore they prevent any side effect and make it very fruitful.

The audiobook puts in the hands of the listeners the true cupping method, and helps them to differentiate between the true cupping, and the other false method of applying cupping. It is a summary of a very wide scientific study which has two parts, the laboratory study and clinical one. The lab one, which depended on blood analyses, shows the very clear difference between the blood chemical and physical specifications, and the venous one (the vein- withdrawn blood), and shows the very necessity of practicing cupping according to its scientific rules precisely. It shows the justification of each rule out of the analytical findings. The clinical study shows the high percentage of clinical good results, which are distributed in a range of getting well, to having a full cure. In addition to that, the audiobook shows the high effectiveness of true cupping in curing the incurable diseases and chronic ones.

What listeners say about Cupping